Touring the Bible at the British Museum

An inside look at the renowned museum’s greatest treasures
By Christopher Eames • August 9, 2017 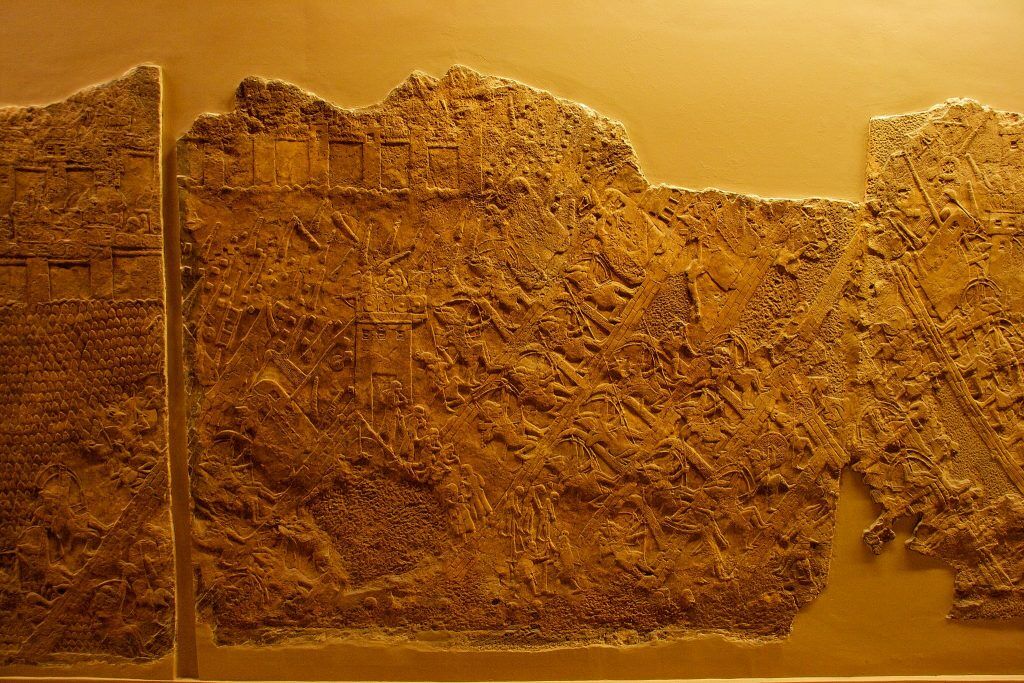 Science museums in general are not renowned for any interest in biblical texts (perhaps “hostility” toward them would be a better characterization). Yet for those who know where to look, many of them are a real treasure trove of biblical artifacts. The British Museum in London, England—one of the greatest museums on Earth—is certainly no exception.

I recently visited the museum with a youth camp group. Before our expedition to London, we spent some time learning about the key artifacts of biblical significance displayed in the museum. While there are many, we short-listed some of the very best. Be it mentioning specific biblical names and/or events, these impressive artifacts are a testament to the veracity of the Bible. Below is a short description of each artifact with biblical relevance that is housed at the British Museum, ordered according to their parallel chronology in the Bible story. The campers took a similar printout of this list with them around the museum—hopefully this article is helpful, especially to any of our readers who may visit the British Museum in the future. And even for those who may not have the chance to visit, this article will at least help animate the life and times of the Bible, illustrating its pages and directly proving its veracity.

The Epic of Creation

This is an Assyrian artifact dating to around 650 b.c.e. The story is known to be a copy of an earlier version dating to around 2000 b.c.e.—making it perhaps the earliest creation story discovered through archaeology. The Epic of Creation discusses the Assyrian version of the beginning of the world, and due to its early original composition, it is not surprising that its details parallel many of those in the Bible. The Epic:

The Epic of Gilgamesh

The Epic of Atra-Hasis

These letters are from Canaanite rulers, addressed to the Pharaoh of Egypt. They date to the time of the Israelites entering and conquering the Promised Land (throughout the 14th century b.c.e.). They are desperate pleas for Egypt’s help against what the Canaanites see as homeless peoples invading and conquering the entire land of Canaan. In a parallel theme to the Book of Joshua, the Amarna Letters:

This display dates to around 850 b.c.e. The main gate display at the museum is a replica, while the original bronze gate bands and depictions are displayed around the room. These gates belonged to the Assyrian city of Balawat, located near to Nineveh. The gates and associated carvings:

An Assyrian monument dating to around 850 b.c.e., documenting Shalmaneser iii’s victories against an alliance of kings. The Kurkh Monolith:

This is another victory stone of Assyrian King Shalmaneser iii. It dates to the same time as the Kurkh Monolith. The Black Obelisk:

This Assyrian inscription dates to around 730 b.c.e. It is a plaster tablet from the Assyrian palace at Nimrud. The inscription:

These wall carvings, or “reliefs,” are from King Sennacherib’s palace in Nineveh. They date to around 700 b.c.e. and are part of a larger set of images portraying the power and might of the Assyrian king. There are other artifacts from the same battle located in the exhibit nearby. The Lachish reliefs:

This inscription, also belonging to King Sennacherib, was framed between the legs of a large stone bull carving. The detailed text of the inscription:

The Shebna Inscription belongs to the lintel of a tomb found just outside Jerusalem’s walls. It dates to around 700 b.c.e. The inscription:

This is a Babylonian document belonging to King Nebuchadnezzar. It dates to the start of the sixth century b.c.e. The Babylonian Chronicle:

This little tablet also belonged to King Nebuchadnezzar. It discusses one of his leading generals. The Nebo-sarsechim Tablet:

The Cyrus Cylinder is one of the most famous pieces in the British Museum. Dating to 536 b.c.e., this inscription belonged to the Persian King Cyrus the Great. It is known as one of the earliest charters of human rights and showed the great and unusual benevolence of King Cyrus toward his conquered peoples. The Cyrus Cylinder, specifically directed to the captured Babylonians:

This Persian plaster cast is believed to portray King Xerxes with his scepter. As such, the cast:

These are some of the more special and unique biblical artifacts that the British Museum displays. There are many, many others that can be pointed out, to varying degrees of biblical “significance.” There is something really special about seeing these artifacts. Real, tangible pieces that provide the “illustrations” to the biblical text. Pieces that prove the veracity of the Bible, real pieces that you could just reach out and touch (although please don’t literally touch the artifacts—I got told off myself for getting too close to one of them!).

On our site, we have been going through the various biblical stories that have been proved through biblical archaeology. The accurate biblical descriptions of civilization after civilization. Of city after city. Of personality after personality—multiple dozens of which have been validated by archaeology. Of individual artifact after artifact, of general story after story. While archaeology is a relatively “new” profession, it is simply remarkable just how much has been found thus far validating the biblical record.

Take the kings of Israel and Judah. Not that long ago, they were only really known from biblical sources—certainly not from artifacts. Now, archaeology has confirmed the existence of kings David, Omri, Ahab, Jehu, Joash, Jeroboam, Uzziah, Menahem, Pekah, Ahaz, Hoshea, Hezekiah, Manasseh and Jeconiah. These have all been named through scientific discoveries—and many of them, through multiple archaeological references. Time will only reveal more names. The British Museum houses evidence of five of those kings, plus the names of many more biblical figures.

The Bible is being proven to not just be a book of cute stories and a few historical names. The widening body of evidence for it is irrefutable. And the British Museum has become just one of many (albeit unintentional!) preservers of the incredible scriptural past.

You’ve read the biblical stories. Now, if you have the chance, go and see them.