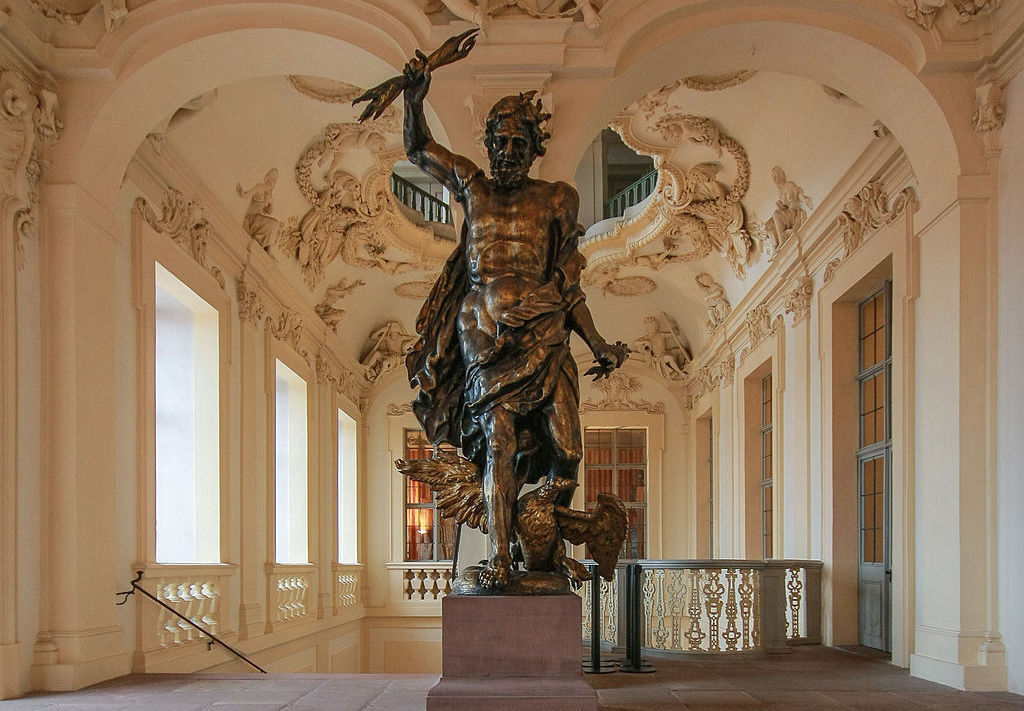 The Bible is full of descriptions of miracles of salvation performed by God. There’s the parting of the Red Sea, David versus Goliath, and the destruction of Sennacherib’s army at Jerusalem, as a couple of examples.

Among those miracles, interestingly, are numerous truly peculiar examples of miracles directly performed against pagan gods and demigods—miracles that can easily be read right over. Have you ever wondered why, in the account of Elijah versus the priests of Baal, Elijah’s sacrifice was swallowed up by a bolt of fire from heaven? What about the exodus of the Israelites from Egypt—why the specific, unusual plagues? Why, only in relation to the Exodus, does the Bible employ a particular phrase for God’s defeat of the pharaoh?

There are some fascinating clues related to archaeology and comparative religion revealing that not only were such events aimed at showing the overall power of the God of Israel, they also deliberately utilized the very same “powers” attributed to the pagan opponents in question. This was, effectively, the inverting of such supposed “power” in pointed displays that brought complete humiliation to God’s enemies.

First, the famous (or infamous) Greek deity, Zeus. Zeus is equivalent to the similarly infamous Canaanite-Phoenician god Baal (in the same way that the Roman Jupiter is the later equivalent of Zeus—with the same essential powers, storyline and family line). The pantheons of the Mediterranean and Middle East are indelibly linked, derivative and easily traceable. In such manner, we see names including Zeus Belus (“Zeus Baal”) and Jupiter Belus (“Jupiter Baal”). Zeus and Baal were each respected in their various regions as a “thunder god,” and each were likewise typically depicted armed with a fiery “thunderbolt,” or lightning bolt, through which their enemies were vanquished.

One of the most poignant accounts relating to Baal in the Hebrew Bible is the contest between Elijah and Jezebel’s 450 priests of Baal (described in 1 Kings 18). This showdown was intended to establish before king Ahab and the gathered Israelite population the identity of the true God. Both sides prepared a bull on an altar, but without setting it on fire, and each side called on their respective deity to divinely ignite the sacrifice. “And they [the priests of Baal] took the bullock which was given them, and they dressed it, and called on the name of Baal from morning even until noon, saying: ‘O Baal, answer us.’ … [And] Elijah mocked them, and said: ‘Cry aloud; for he is a god; either he is musing, or he is gone aside, or he is in a journey, or peradventure he sleepeth, and must be awaked’” (verses 26-27). The pleas of the priests of Baal continued through much of the day, with an eventual desperate escalation to self-mutilation.

Following the failure of Baal to answer the cries of the bloodied priests of Baal, Elijah prepared his sacrifice, and then proceeded to douse it repeatedly in water (during a cursed period of drought, no less)—in order to make the divine lighting of the sacrifice that much more miraculous. 1 Kings 18:36-39 record:

And it came to pass at the time of the offering of the evening offering, that Elijah the prophet came near, and said: ‘O Lord, the God of Abraham, of Isaac, and of Israel, let it be known this day that Thou art God in Israel, and that I am Thy servant, and that I have done all these things at Thy word. Hear me, O Lord, hear me, that this people may know that Thou, Lord, art God, for Thou didst turn their heart backward.’ Then the fire of the Lord fell, and consumed the burnt-offering, and the wood, and the stones, and the dust, and licked up the water that was in the trench. And when all the people saw it, they fell on their faces; and they said: ‘The Lord, He is God; the Lord, He is God.’

Verse 38 is more dramatically rendered in the New Living Translation: “Immediately the fire of the Lord flashed down from heaven and burned up the young bull, the wood, the stones, and the dust.” The verse is particularly interesting: Perhaps the most expected way for this miracle to have been accomplished was for the sacrifice to “simply” have spontaneously ignited. Yet here, we have an account of some kind of bolt of fire flashing down from heaven to earth, to light the sacrifice.

Again, note that one of the chief symbols of Baal/Zeus was his fiery bolt of lightning. It is therefore notable that here in the biblical account, it is the God of Elijah who lights his sacrifice with a literal bolt of fire from heaven—not Baal, for his priests (verse 38). In this particular situation, given the audience—450 trained priests of Baal, along with an at least sympathetic Israelite population—the clear symbolism here would surely not have been lost on those witnessing the event. (Indeed, it drove them to kill the priests of Baal en masse: verse 40.)

When it comes to Israel’s rescue out of the grip of Egypt, a continual phrase keeps reappearing. Deuteronomy 5:15 is an example; here, Moses tells the Israelites, “Remember that thou was a servant in the land of Egypt, and the Lord thy God brought thee out thence by a mighty hand and by an outstretched arm ….”

These terms, a mighty hand and an outstretched arm, are used numerous times throughout the Hebrew Bible—but strangely enough, always in the context of the Exodus. Prof. Joshua Berman, of Bar-Ilan University’s Zalman Shamir Bible Department, points out the significance of this: “The Bible could have employed that phrase to describe a whole host of divine acts on Israel’s behalf, and yet the phrase is used only with reference to the Exodus. This is no accident,” he stated in his Mosaic Magazine article, “Was There an Exodus?”

There is a fascinating historical reason this phrase is only associated with the Exodus. It’s actually a unique pharaonic “victory” expression—one common during Egypt’s New Kingdom period, the timeframe of the biblical Exodus.

Prof. James Hoffmeier, an Old Testament scholar and Egyptologist, writes: “It is not until the Middle Kingdom (1970–1800 b.c.e.) that we begin to see expressions related to the conquering arm of pharaoh appearing …. [This] continues with even greater frequency in the New Kingdom” (The Arm of God Versus the Arm of Pharaoh in the Exodus Narratives).

In Egyptian records, pharaohs Thutmose ii and iv are named the “Mighty of Arm.” Senusret i is lauded in the “Hymn of Sinuhe” for “strong arm … a champion [with] arm outstretched.” Relief representations of pharaohs smiting their enemies with their right hand are also common. “In no other ancient Near Eastern culture do we encounter such portrayals of the right hand,” Berman writes. It is specific to Egypt—and particularly Egypt in the New Kingdom period. And it is a specific turn of phrase lauding the power and might of a deified, supposedly demigod Egyptian pharaoh.

As such, the use of the phrase in the Torah is fascinating, and not only because this type of thing can help to date the composition of the Torah. It is because this pharaonic phrase is turned on its head, applied instead as an attribute to the God of Israel Himself—it is God, by His “outstretched arm,” that destroys the pharaoh.

These couple of examples represent merely the tip of the iceberg of the biblical account’s telling of humiliation of foreign gods and demigods by the inverse use of their own power and attributes.

Perhaps the most famous examples are the plagues against Egypt. Frogs, lice, thick darkness, dying firstborn—why such a peculiar potpourri of curses? Actually, they are each individually a very specific answer to (and inversion of) the power of specific Egyptian deities. For example, the Nile was turned to blood. The Nile was considered by the ancient Egyptians to be the life-giving “bloodstream” of their chief god Osiris. Thus, turning it into literal blood proved to be a humiliation to the deity as well as a death-trap for the Egyptians. A full explanation of each plague requires a separate article in itself: You can take a look at our feature, “‘Against All the Gods of Egypt,’” for that.

It’s probably fitting at this point to conclude with the words of God Himself: “[A]gainst all the gods of Egypt [and, one could add, whatever other gods get in the way] I will execute judgments: I am the Lord” (Exodus 12:12).

“Where are their gods, their rock in whom they trusted, Which did eat the fat of their sacrifices, and drank the wine of their drink offerings? let them rise up and help you, and be your protection. See now that I, even I, am he, and there is no god with me: I kill, and I make alive; I wound, and I heal: neither is there any that can deliver out of my hand. For I lift up my hand to heaven, and say, I live for ever.” (Deuteronomy 32:37-40, King James Version).