The Soleb Inscription: Earliest-Discovered Use of the Name ‘Yahweh’ 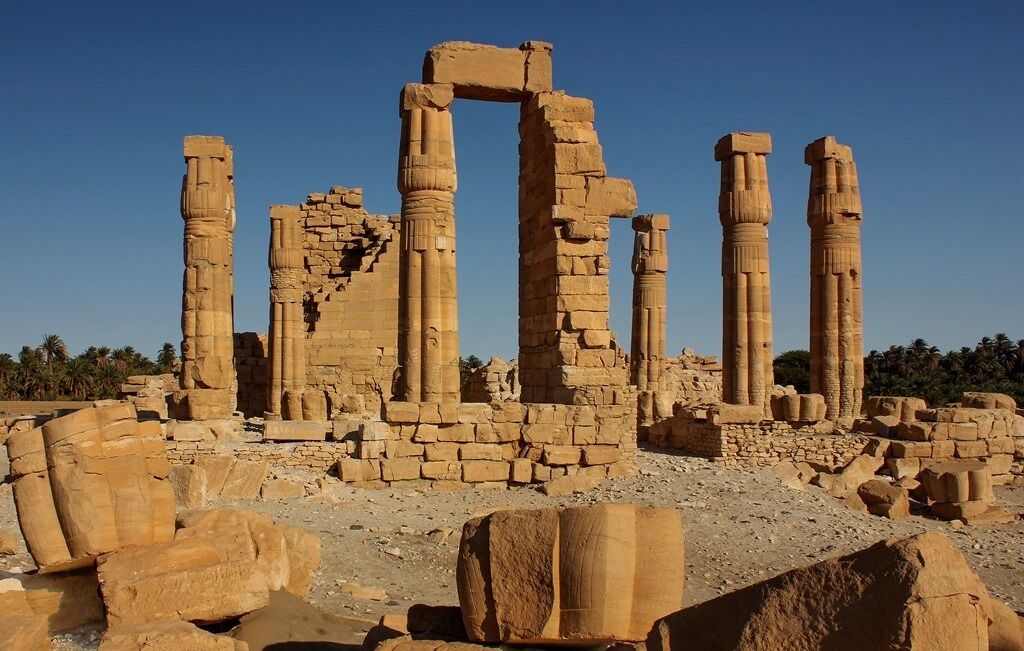 View of part of the Soleb temple.
Clemens Schmillen

Did the Exodus really happen? If so, when? Scholars have long theorized about the historicity and dating of the Exodus. Some believe it happened in the mid-15th century b.c.e. (an “early” Exodus), based primarily on biblical information. Many believe it happened two or three centuries later, based more on select archaeological information. Many more believe it never happened at all. What is the answer? Is the biblical narrative true? Is it only partly true? Or is it completely fictional? Archaeology alone may never settle those questions conclusively. However, one critical archaeological discovery indicates there may be more historical truth to the biblical Exodus account—particularly the early, Bible-literal date.

On the west bank of the Nile in northern Sudan stand the ruins of an ancient Egyptian town called Soleb. Europeans first learned of it when a Swiss traveler named John Lewis Burckhardt explored the region of Nubia in 1813. However, Soleb was not excavated until a century and a half later (from 1957 to 1963), by an archaeologist named Michela Schiff Giorgini. Giorgini’s excavation primarily focused on a temple complex dating to the reign of Pharaoh Amenhotep iii, who reigned sometime in the late 15th to early 14th centuries b.c.e.

This temple was undoubtedly built to honor the pharaoh. Its courtyard walls are inscribed with scenes of his “Heb-Sed” festival, an Egyptian celebration traditionally held in the thirtieth year of the monarch’s reign. Its many pillars bear images of the people he supposedly conquered (for example, one pillar pictures an African prisoner kneeling with his hands tied behind his back; another pictures a Semitic captive in the same position). In fact, the whole inner chamber was a symbolic representation of Amenhotep’s military conquests. Pictures of his subjugated northern enemies face northward, those of his southern enemies face southward, and so on.

Of course, as far as can be determined, it’s all propaganda. Only one military campaign of Amenhotep iii is known: his five-year suppression of a rebellion in Kush. The other “conquests” are likely fabricated or greatly exaggerated. This is consistent with our knowledge of other kings from the period.

However, the pillars of Soleb do at least accurately identify Egypt’s enemies. The Egyptians might have exaggerated their conquests, but they certainly didn’t decorate their temples with pictures of fictional adversaries. In this sense, the Soleb temple inscriptions provide accurate historical and geographical data.

As it turns out, one pillar at Soleb bears a cartouche (a term for an oval-shaped hieroglyphic inscription) of enormous biblical significance. It is badly damaged. Originally, the cartouche would have been accompanied by an image of a kneeling slave, matching the other pillars. However, only the cartouche and the prisoner’s hands are still visible. Even the cartouche itself has been vandalized by locals within the past century. However, the inscription is still visible: It translates to “The land of the shasu of Yahweh.”

Almost all scholars believe the Egyptian word “shasu” should be translated as “cattle-herding nomads,” or simply “nomads.” More significant, though, is the other name in the inscription. “Yahweh” undoubtedly refers to the God of the Hebrews, mentioned over 6,800 times throughout the Hebrew Bible. A few scholars have argued that “Yahweh” could be a place name, since most of the other Egyptian enemies inscribed on Soleb’s pillars are identified by their dwelling places—for example, one pillar depicts the people of Megiddo. However, this theory is highly unlikely, as archaeologist Titus Kennedy notes:”[T]here is no topographical site in the entire region with the name Yahweh or anything similar.”

Who could “the nomads of Yahweh” refer to, other than the Israelites of the Hebrew Bible? “Since the only ancient people known to have worshipped a deity named Yahweh in ancient times were the Hebrews or Israelites,” wrote Kennedy, “it also logically follows that these particular shasu nomads associated with Yahweh could be identified with the early Israelites before they became a sedentary population in Canaan.”

The Soleb inscription is even more biblically significant than it at first appears. To understand why, consider the broad outline of the biblical Exodus narrative. According to a literal reading of 1 Kings 6:1 (applied to the widely recognized date for the construction of Solomon’s temple), the dramatic Exodus from Egypt following the 10 plagues is said to have happened around 1446 b.c.e.—during the middle part of the 15th century b.c.e., with the Israelites arriving in Canaan 40 years later, at the end of that century.

How much of this Exodus and sojourn account is true? Again, archaeology alone can’t prove every detail. But even leaving aside all other archaeological evidence (a significant amount—see our article “Evidence of the Exodus?”), the Soleb inscription alone supports the backbone of the narrative.

Consider this: If the Soleb inscription really refers to the Israelites, as it almost certainly does, then the Egyptians must have heard of the Israelites and their God by at least the end of the 15th century b.c.e. This is significant. In the Exodus account, when Moses first asked Pharaoh to release the Israelites, Pharaoh responded, “Who is the Lord [Yahweh], that I should hearken unto His voice to let Israel go? I know not the Lord [Yahweh]” (Exodus 5:2). Not only that, but even Moses and the Israelites had not known the name before this time:”[B]y My name, Yahweh, I was not known to them” (Exodus 6:3, Legacy Standard Version). By the time the temple of Soleb was built in circa 1400 b.c.e., Egypt’s Pharaoh had certainly heard of Yahweh. (This requires a significant degree of explaining away from those who date the Exodus to the 13th century.)

Furthermore, this inscription indicates that by around 1400 b.c.e., the Egyptians considered Israel sufficient enough of a threat. Otherwise, why memorialize them along with other adversaries? If Egypt considered Israel a threat, then the Israelites must have been numerous—not dozens, hundreds or even a few thousand people, as minimalists often contend. They also must have done something to provoke Egypt’s hatred.

In addition, the Israelites must have been unique from the peoples around them. Other shasu peoples besides the “shasu of Yahweh” are mentioned on the pillars and walls of Soleb. However, many of the other shasu are listed in conjunction with specific cities or regions. This indicates that their nomadic wanderings were relatively contained. By contrast, the “nomads of Yahweh,” are given no geographic label. Instead, they are identified only with the deity they worshipped. This indicates that their wanderings weren’t confined to an identifiable region. It may also indicate that the religious worship of these shasu was likely their most distinct and outstanding feature—at least to the Egyptians.

Lastly, the Israelites must have been located geographically north of Soleb. Remember how each pillar inscription at Soleb faces the dwelling place of the people it depicts? The Yahweh inscription faces directly north, indicating the “nomads of Yahweh” lived somewhere north of Soleb.

In short, the Soleb inscription indicates that around 1400 b.c.e., a nomadic people was on the scene to the north. Their distinguishing feature was their god Yahweh. They were known, hated, and perhaps even feared in Egypt, and they were numerous—so numerous that the Egyptian empire considered them a threat.