Linear Elamite: One of the World’s Earliest Languages Finally Deciphered

Or, all but. According to a new study, it’s about as good as done—representing a huge boon for archaeologists and historians (with an interesting link to the Bible).
By Christopher Eames • September 12, 2022 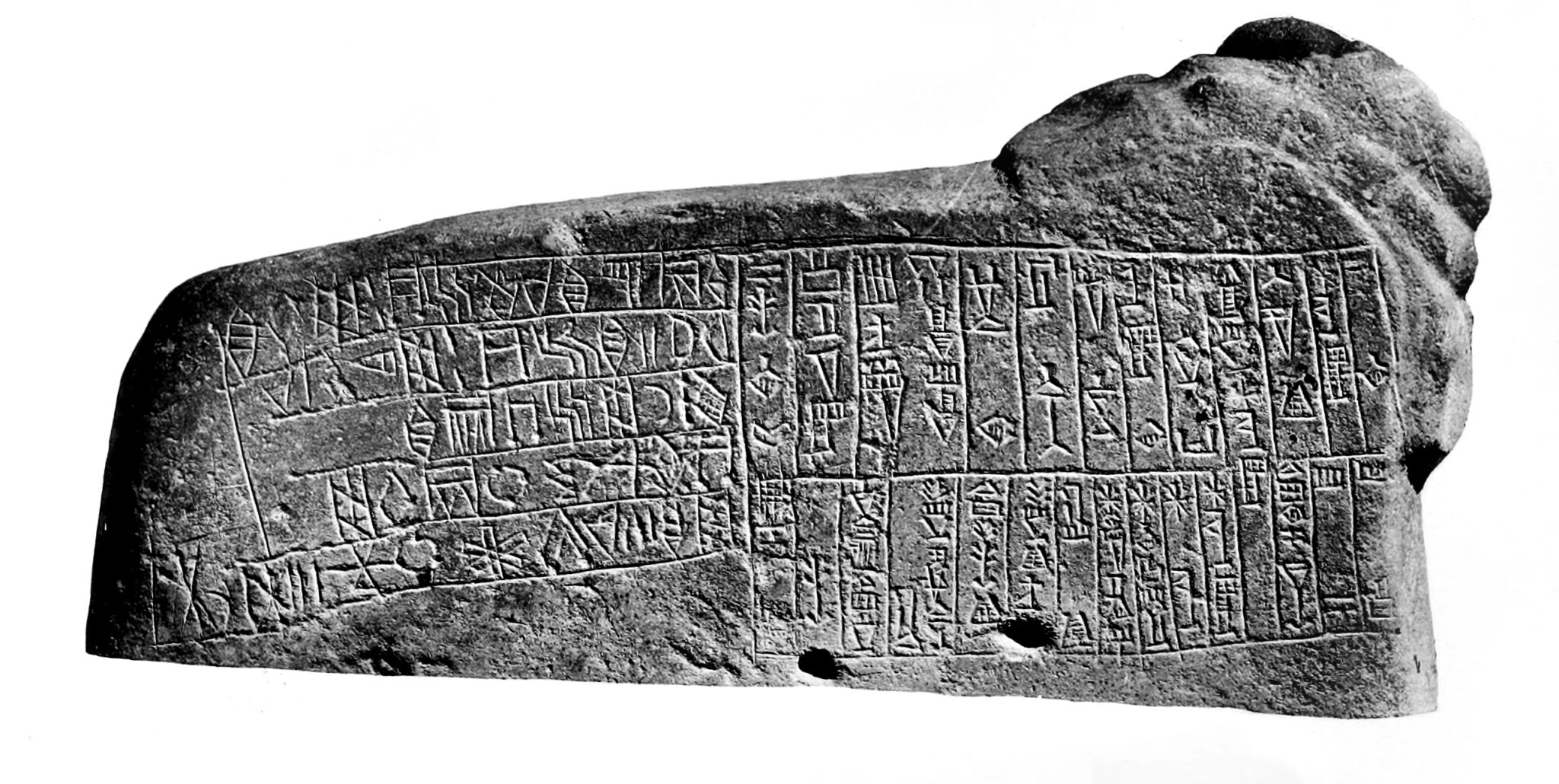 It’s one of the world’s earliest writing systems, in use between circa 2300 and 1800 b.c.e. And since the first example of the script was discovered more than a century ago (1903), it has remained stubbornly undeciphered.

That is, until now—according to new research published in the journal Zeitschrift für Assyriologie und Vorderasiatische Archäologie. The study, titled “The Decipherment of Linear Elamite Writing” and authored by an international team of epigraphers—François Desset, Kambiz Tabibzadeh, Matthieu Kervran, Gian Pietro Basello and Gianni Marchesi—claims to have cracked the code of this script of the early language of southwestern Iran that “has so far resisted decipherment.” The abstract follows, in part: “The publication of eight inscribed silver beakers in 2018 provided the materials and the starting point for a new attempt; its results are presented in this paper. A full description and analysis of Linear Elamite of writing, employed for recording the Elamite language, is given here for the first time, together with a discussion of Elamite phonology and the biscriptualism that characterizes this language in its earliest documented phase.” (The official journal article is behind a paywall—another, more popular-style article by the authors can be found on the asor website here.)

Up until now, around 50 inscriptions have been found containing the Linear Elamite script (a comparatively small corpus). As the authors highlight, over the past century, certain signs and symbols have been able to be deciphered. One particular aid to this was a small number of monuments containing side-by-side parallel texts in Akkadian cuneiform, as well as Linear Elamite—the former a previously deciphered and now well-known script. But until now, due to the limited number of Linear Elamite discoveries, no substantial translation attempts have been successful.

As it turns out, one of the key moments that enabled the present decipherment was the discovery and publication about 20 years ago of silver beakers inscribed in Linear Elamite text. “[T]hese Linear Elamite inscribed vessels contain highly standardized Elamite royal inscriptions belonging to different rulers reigning between 2000 and 1880 b.c.e. More importantly, their inscriptions share a number of linguistic features (proper nouns, titles, epithets, formulas, general phraseology) with several slightly later Elamite texts written in cuneiform,” the authors write. They continue:

This digraphia, where the same linguistic information (in the Elamite language) is recorded with two different types of writing—Mesopotamian cuneiform (the known) and Iranian Linear Elamite (the unknown)—is what really made it possible to decipher the Linear Elamite script in the end.

Still, the authors note that clear difficulties remain: Linear Elamite texts are not simply now able to be easily read and understood. “It should be stressed, however, that our knowledge of Elamite grammar and lexicon is still far from satisfactory. This causes a situation similar to that of the Etruscan language: while we are now able to read most of the texts in Linear Elamite, our understanding in several cases is still only partial.” Again, the limited number of extant inscriptions only allows so much of a Linear Elamite lexicon to be formed.

An interesting aside to this new research has been the media coverage of it—or rather, the Smithsonian magazine’s coverage in particular. Certain statements were made about the discovery that the researchers took issue with; an interesting “rejoinder” by one of them can be read on the popular blog Zwinglius Redivivus, if that sort of back-and-forth interests you.

Nonetheless, if the authors’ conclusions stand the test of time and scrutiny (from actual researchers, rather than journalists!), they represent a boon for historians and archaeologists—including biblical archaeologists, and those with an interest in the biblical account. That’s because the polity of Elam is highlighted early on in the biblical account, with some especial detail in Genesis 14 of Elam’s interactions with the patriarch Abraham (around the tail end of the Linear Elamite period in question). For more about this account (and the archaeological evidence behind it), take a look at our article “Uncovering the Battle That Changed the World.”

Furthermore, coincidentally(?), it is around the start of this Linear Elamite period, chronologically, that the Bible places the well-known account of the Tower of Babel and the separation of languages—mentioning Elam among the nations whose “tongues” were divided. From Genesis 10:

“And the whole earth was of one language and of one speech ….” The following chapter 11 explains the separation of these individual family “tongues” from this single original language.

And as fantastical as the account perhaps may appear at face value, there is some remarkably corroborating archaeological and linguistic evidence for it. Not least is the fact that Elamite is a language isolate: a language that appears with no other known linguistic derivation. Similarly, the language of the neighboring Sumerian (“Shinar”) polity is also a language isolate—and one whose language is entirely different, again, to another directly neighboring, Akkadian polity and language.

Why the language isolates? Where did these spring from? This confounding issue, in part, is known as the “Sumerian Problem” (see our article, “The Sumerian Problem—Evidence for the Confusion of Languages?”). Could it have anything to do with the Genesis 11 account, of this same general area at this same general time period—a biblical account actually paralleled in a certain early-2100 b.c.e. Sumerian inscription, addressing a god who “changed the speech in the mouths [of mankind] … the speech of man that had been one”?

For more information on this subject, take a look at the above-linked article, as well as “Language: A ‘Cultural Universal’ in Archaeology and the Bible,” and “The Tower of Babel: Just a Bible Story?”

Hopefully the decipherment of Linear Elamite will unlock much more information about this still somewhat enigmatic, yet extremely important, biblical polity. We’ll have to wait and see. Whatever the case, congratulations to the researchers for their efforts.