A Home in Jerusalem

The founding of the Armstrong Institute of Biblical Archaeology is complete.
By Gerald Flurry 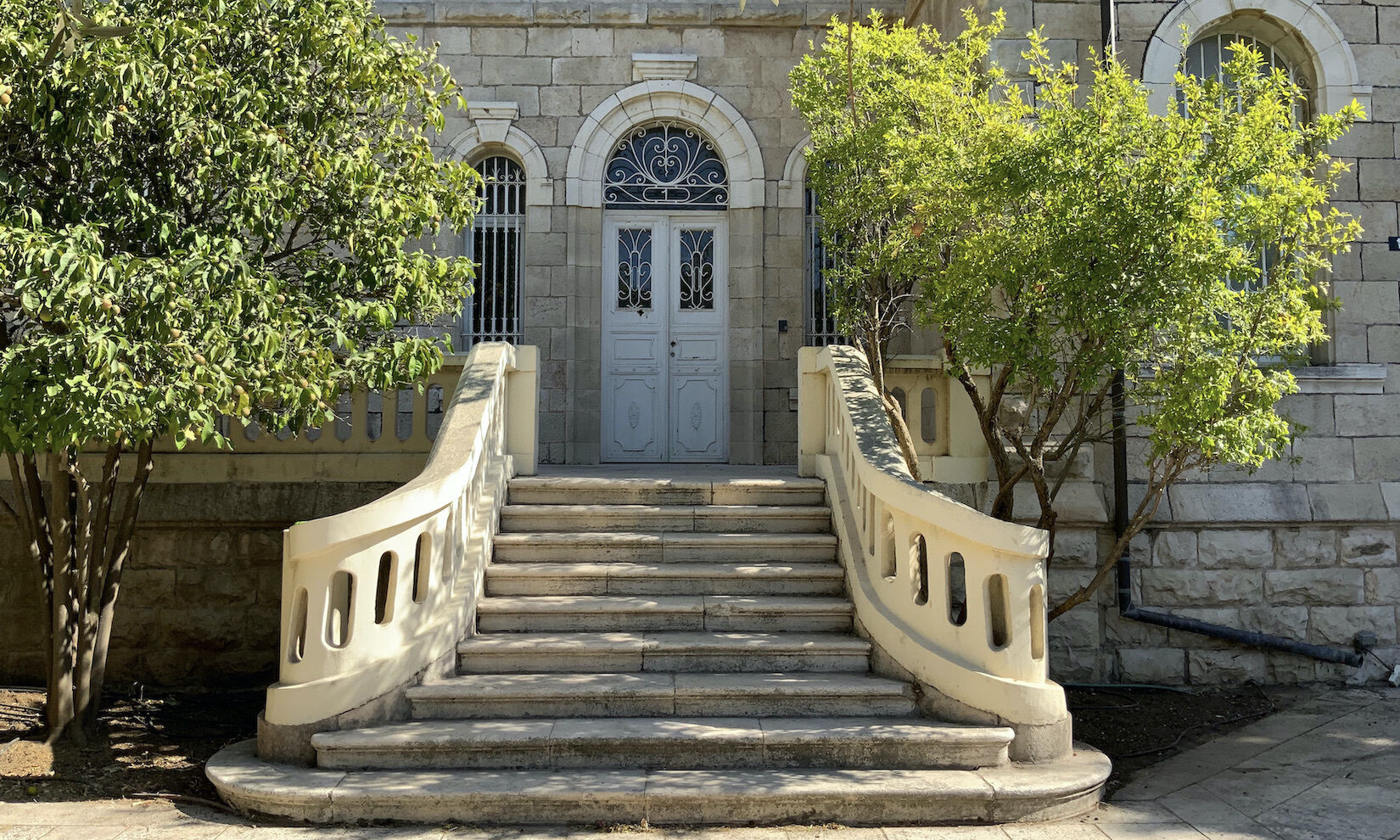 In January, I shared with you the news about the establishment of the Armstrong Institute of Biblical Archaeology (aiba) in Jerusalem.

aiba is a nonprofit academic and educational institute. Our primary goal is to promote and share Israel’s biblical archaeology and history. In addition to publishing Let the Stones Speak, aiba hosts ArmstrongInstitute.org, an engaging website that features articles, videos, visuals and podcasts showcasing Israel’s biblical archaeology. We also sponsor public seminars, create archaeological exhibits, and conduct private tours of ancient Jerusalem, primarily the Ophel and the City of David.

We don’t just talk and write about Israel’s archaeology; we practice it too. For more than 15 years, we have participated in various archaeological excavations in the City of David and on the Ophel. In fact, our legacy of excavating and researching ancient Jerusalem extends all the way back to 1968. This is when our founder, the late educator and humanitarian Herbert W. Armstrong, forged an “iron-bridge” partnership working with Prof. Benjamin Mazar and Hebrew University on the “big dig” on the Ophel.

I am delighted to share some more exciting news: The Armstrong Institute of Biblical Archaeology now has a permanent home in Jerusalem!

In July, we signed a long-term lease on a beautiful new building: a three-story Arab-style villa originally constructed in 1926. The institute’s new home is in Talbiyeh, one of Jerusalem’s preeminent neighborhoods, a short stroll from the residences of both Israel’s prime minister and president.

Following seven weeks of renovations, the Armstrong Institute staff moved into the new building at the end of August. The building provides both residential and office space, an area for small archaeological exhibits, and room for the combined libraries of archaeologists Dr. Eilat Mazar and her grandfather Prof. Benjamin Mazar. We acquired these libraries following Eilat’s death in May 2021. The collection of approximately 4,000 books (plus another 4,000 archaeology- and history-related books we acquired from Hebrew University) represents a wealth of crucial historical and scientific knowledge revolving around the most historic and important city on Earth. (The library will be open to the public upon request.)

We plan to officially open the new institute building and library with a special event on September 4. I will be in Jerusalem for the opening and plan to address our guests. At the event, we will share some of our long history in Jerusalem, and we also hope to share some of the remarkable discoveries uncovered during our archaeological excavation on the Ophel this summer.

Although seating for the event is limited, we would be delighted to have some of our Let the Stones Speak subscribers, especially those living in Israel, with us. If you would like to attend this event, please let us know; you can e-mail letters@ArmstrongInstitute.org.

If you would like to visit us at the new building at another time, or utilize the library, you can send us a note at the same e-mail address.

July was a big (and busy) month for aiba. The same week that we received the keys to the new building, we renewed excavations on the Ophel. Between July 12 and August 11, ten aiba staff and Herbert W. Armstrong College students partially uncovered what appears to be a monumental Second Temple-period structure on the far east side of the Ophel.

The lead archaeologist on this excavation was Prof. Uzi Leibner, head of the Institute of Archaeology at Hebrew University. This was our first excavation with Professor Leibner, who is a distinguished archaeologist specializing in the Hellenistic, Roman and Byzantine periods. We thoroughly enjoyed working with him. He is a visionary, pragmatic archaeologist who cares as much about the people he works with as he does the science he is practicing.

On this dig, we continued from where we concluded our last excavation with Dr. Eilat Mazar in 2018. In our final hours working with Dr. Mazar, we uncovered evidence—a handful of beautiful handcrafted steps—of what appeared to be a significant Herodian building.

Earlier this year, we discussed the 2018 excavation and these steps with Hebrew University scholars and expressed our desire to continue excavating. Professor Leibner was keen to renew excavations and got to work securing the license and approvals. Within days of commencing digging, Uzi and his team had made some exciting finds.

“The results of the excavation season exceeded all expectations, mainly thanks to the enthusiastic work of the students of the Armstrong College,” Professor Leibner told us. “We uncovered impressive remains of what seems to be a public building from the Herodian period, located some 60 meters from a main entrance to the Temple Mount. The evidence of a violent destruction together with the rich assemblage of finds provide a rare perspective of the horrific events of the destruction of Jerusalem in the summer of c.e. 70. Not least interesting was the exposure of a complicated system of underground tunnels and chambers beneath the structure. Continuation of the dig will hopefully enable us to understand the purpose of this building situated in such a prime location.”

About two weeks into the excavation, Professor Leibner told our students that “many archaeologists excavate all their lives and might not find what you have found in your two weeks of excavation.”

Within two weeks, we had uncovered evidence confirming that this was indeed a monumental Second Temple-period public building. On the lowest steps we found large ashlar stones and further evidence of the c.e. 70 destruction of Jerusalem wrought at the hands of the Romans. The discovery of this destruction layer was made more impactful because it was unearthed in the days leading up to Tisha B’Av (the 9th of Av), the day the first and second temples were destroyed—a day that continues to be observed in Israel with fasting and lamentation.

The destruction layer also yielded more than 100 coins, including coins minted by the Jews in Jerusalem during the Great Revolt that took place c.e. 66–70. The most common of these coins are the Year Two coins. Among the rarest are the Year Four coins, which were minted when most of Judea outside of Jerusalem had been reconquered by Rome. These coins were found within the Roman-period destruction, thus from the final stage of the Great Revolt.

You can read more about the recent Ophel excavation in Brad Macdonald’s article Excavating the Ophel. And Brent Nagtegaal writes about the revolt coins in his article. We plan to cover the excavation and the many artifacts we found in more detail in a future issue, after the site and artifacts have been fully studied and documented.

It was a rare honor for our students to excavate the remains of this Second Temple-period structure and to uncover remains from one of Jerusalem’s most sobering and consequential events: the c.e. 70 destruction of Jerusalem. We keenly anticipate more excavations to further reveal this remarkable building situated at the political and religious heart of ancient Jerusalem.