Amos’s Earthquake: A Mountain of Evidence

Nearly 2,800 years ago, a megaquake shook ancient Israel. So says the Bible—and so says a mountain of archaeological evidence. And could it really have been prophesied in advance?
By Christopher Eames • February 25, 2021 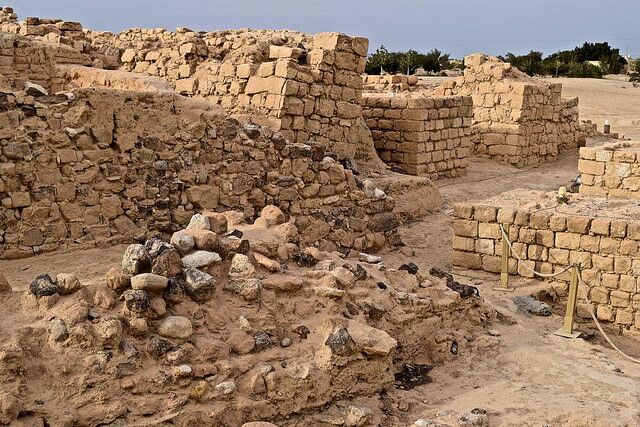 “The words of Amos, who was among the herdmen of Tekoa, which he saw concerning Israel in the days of Uzziah king of Judah, and in the days of Jeroboam the son of Joash king of Israel, two years before the earthquake” (Amos 1:1).

Amos is one of the earliest prophets in the Bible to have a book named after him. Any direct evidence of the man himself is elusive (as with most biblical prophets, and understandably so). But as for what has become known as “Amos’s earthquake”? There are, quite literally, piles of evidence that show why such an event lived in infamy—under the name “the earthquake.”

According to biblical chronology, this quake happened sometime during the first half of the eighth century b.c.e. Amos 1:1 and Zechariah 14:5 reveal that it took place during the reigns of Jeroboam ii of Israel and Uzziah of Judah—two kings whose reigns overlapped for a narrow 14-year window (Jeroboam the earlier king, and Uzziah the latter; 2 Kings 15:1). Furthermore, the historian Josephus writes that the earthquake happened at the time that Uzziah became a leper, further constricting the time frame to the very end of that 14-year period (2 Chronicles 26). Thus, depending on the chronology, the earthquake must have occurred during the 770s or 760s b.c.e., at the end of Jeroboam’s reign.

Besides the first verse of Amos (and several other references throughout his book relating to earthquake-like destruction), the Prophet Zechariah mentions the event in Zechariah 14:5: “Yea, ye shall flee, like as ye fled from before the earthquake In the days of Uzziah king of Judah ….”

The fact that Zechariah was a second temple prophet, writing some 250 years after the event, speaks to the magnitude and infamy to which it was held. Here, he compares the earthquake to a prophesied end-time event, prior to the coming of the Messiah.

At numerous eighth-century b.c.e. site-levels throughout the Levant, archaeologists have found massive amounts of earthquake damage. Taken together, with synchronized dating, the remains correlate to an event that can be pinpointed to around 760 b.c.e. Evidence at the sites include tilted or collapsed walls, twisted and sunken floors, masonry and stones split apart. (Besides the parallel dating, these types of ruins are readily discernible from warfare damage, as there is no corresponding burn layer, remains of weaponry, etc.)

Haaretz archaeology writer Ruth Schuster effectively summarized the evidence in her article Fact-checking the Book of Amos: There Was a Huge Quake in the Eighth Century b.c.e.:

Evidence of catastrophe in eighth-century b.c.e. northern Israel is legion. A destruction layer at Hazor was dated by Israel Finkelstein and Yigal Yadin to 760 b.c.e., the right time frame for Amos. At Lachish, David Ussishkin found a destruction level from the same time. Acre also has a similar layer dating to the mid-eighth century b.c.e. …

[Tel Abu Hawam] was destroyed after the quake and not rebuilt. Damage found at Tel Dan also fits the timeline of the biblical quake. … [Tel Shafi] had a 4-meter-thick (13-foot) wall that fell onto its side ….

The list of various sites with earthquake evidence could go on. Deir Alla, in Jordan. Samaria, in the heart of Israel. Tell Judeideh. Tel Gezer in the west. ‘En Haseva in the far south. Core samples, mined from Ein Gedi, Ein Feshkha and Nahal Tze’elim, revealed deformed sedimentary layers that were carbon-14 dated to the same time period.

As Dr. Steven Austin writes regarding Tel Gezer’s outer city wall: “[H]ewn stones weighing tons [were] cracked and displaced several inches off their foundation. The lower part of the wall was displaced outward (away from the city), whereas the upper part of the wall fell inward (toward the city) still lying course-on-course. This indicates that the wall collapsed suddenly.”

So great is the amount of evidence spread throughout the Levant, in fact, that scientists have determined that the epicenter was likely in Lebanon and that its strength was probably around a magnitude 8.2 (at very least a 7.8), with a Modified Mercalli intensity in Israel of 9. Dr. Steven Austin continues: “[This event] appears to be the largest yet documented on the Dead Sea Transform fault zone during the last four millennia. The Dead Sea Transform fault likely ruptured along more than 400 kilometers as the ground shook violently for over 90 seconds! The urban panic created by this earthquake would have been legendary.”

The long duration of the earthquake—90 seconds—helps explain the Prophet Zechariah’s statement that people were “fleeing” while the earth was still rumbling.

The Bible does not provide a death toll, but can we get a sense of what the human cost might have been?

We do have data from later earthquakes that hit the region—although of somewhat lesser intensity. Two intensity-8 earthquakes are known to have occurred on the Dead Sea Transform fault in antiquity—one in c.e. 749, killing 100,000 people; and one in c.e. 526, killing 255,000. And Amos’s earthquake is estimated as another intensity level higher!

Worldwide, the deadliest-known earthquake in history was the 1556 Shaanxi earthquake in China. Fatalities numbered at just under 1 million. This was a magnitude-8.0 earthquake (compared to Amos’s 8.2-magnitude quake).

Of course, death tolls depend on population density, quality of structures, etc.—so no direct comparison is possible. Nonetheless, it helps illustrate how frightening Amos’s more powerful earthquake truly was.

Josephus provided additional details, writing that the earthquake occurred while Uzziah was attempting (contrary to God’s instructions) to offer incense in the temple in place of the priests. “[A] rent was made in the temple, and the bright rays of the sun shone through it, and fell upon the king’s face, insomuch that the leprosy seized upon him immediately” (Antiquities, 9.10.4; referring to the leprosy that Uzziah received at that moment, incapacitating him for the rest of his reign—2 Chronicles 26:16-21). Josephus also claimed that a nearby mountainside collapsed, causing a significant landslide that destroyed roads and the king’s prized gardens—again, fitting with Zechariah’s statement about people “fleeing” from the earthquake damage.

The dating and general data of this quake powerfully illustrate the accounts in Amos and Zechariah—“the earthquake.”