Learn about the 2700 -year-old Jerusalem attraction that still has engineers baffled.
By Armstrong Institute Staff • June 3, 2018 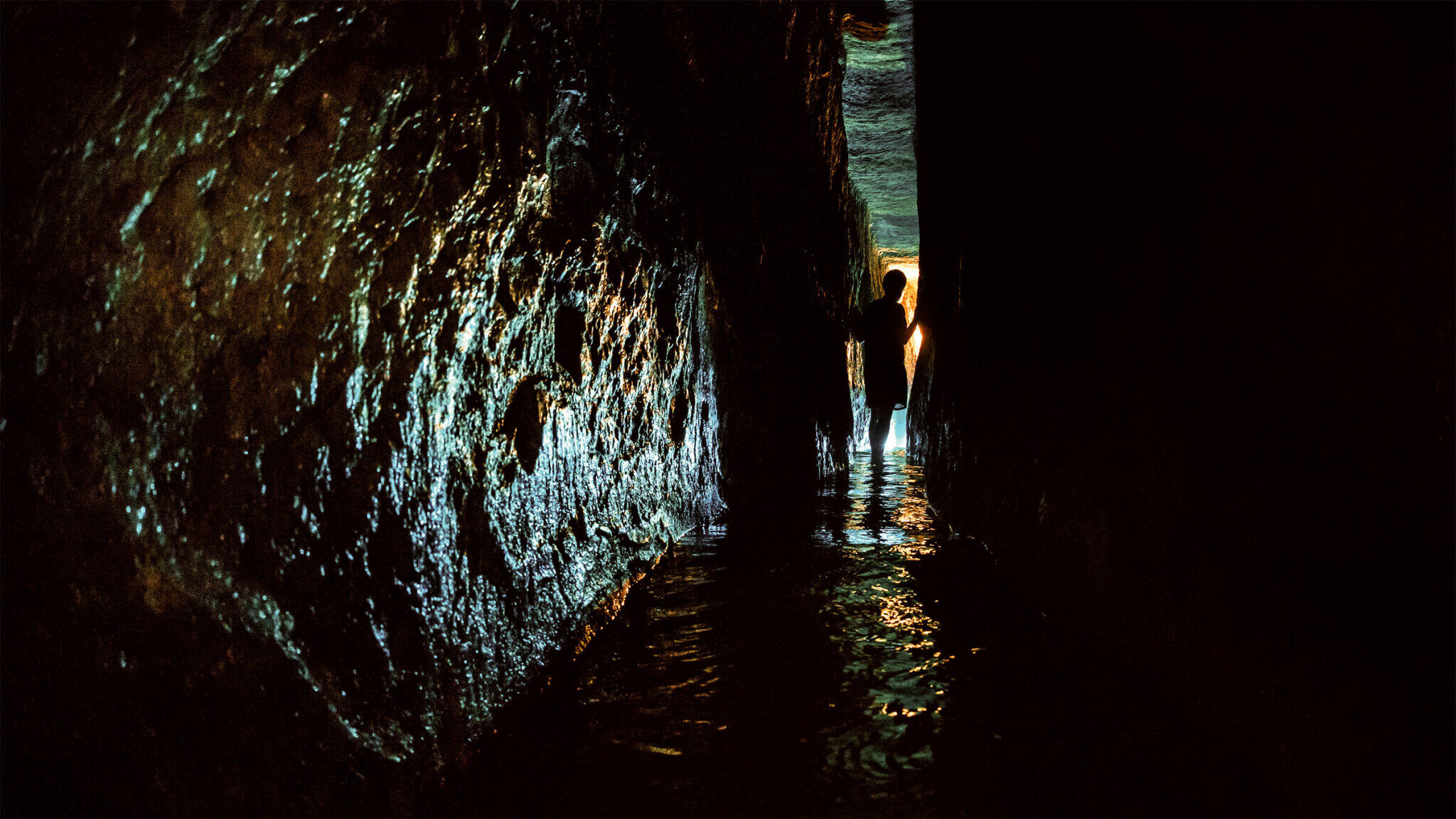 Constructed roughly 2,700 years ago, long before the invention of gps and laser levels, Hezekiah’s Tunnel is one of Jerusalem’s most incredible landmarks. Even by today’s standards, the construction of this 533-meter-long (1,750 feet) subterranean passageway is an extraordinary feat of engineering.

Hezekiah’s Tunnel connects the Gihon Spring to the Pool of Siloam. The Gihon Spring is situated on the eastern side of the City of David. This natural spring is Jerusalem’s only fresh water source and is absolutely essential to life in the city.

The Gihon was well fortified at the time of King Hezekiah. Water from the Gihon overflowed into the Kidron Valley and was used to irrigate crops, vines and fruit trees.

Around 710 b.c.e., when King Hezekiah learned of Sennacherib’s intent to conquer Jerusalem, he decided to reroute the water from the Gihon inside the walls of Jerusalem. This would prevent Assyria’s army from using the critical resource. 2 Chronicles 32:4 records:

“So there was gathered much people together, who stopped all the fountains, and the brook that ran through the midst of the land, saying, Why should the kings of Assyria come, and find much water?”

Carving the tunnel was a monumental task. The snaking channel was cut through solid bedrock by laborers working from both ends. This bold strategy meant that the tunnel could be constructed much faster, but it also required exceptional engineering skills. (The difference in height from start to end is 30 centimeters.) We don’t know exactly how long it took for the tunnel to be created; estimates range from nine months to four years.

The water flows south from the Gihon Spring into the Pool of Siloam, which is situated at the southwestern end of the City of David.

The Siloam Pool provided water to both the inhabitants of the City of David proper and the inhabitants on Jerusalem’s western hill, which was developed and settled during the time of Hezekiah.

Even today, many scientists are baffled about how the teams successfully met in the middle. Their best guess is that rock-sounding techniques were used. The tunnel has been dated using various methods, including radiocarbon dating, to Hezekiah’s time period, thus confirming the biblical verses that state that it was built by Hezekiah (2 Chronicles 32:2-4, 30; 2 Kings 20:20).

Inside the tunnel was an engraving called the Siloam Inscription. Discovered in 1880, this moving inscription documents the story of the tunnel’s construction. In 1891, the inscription was taken to Turkey by the Ottoman Empire. Today, it resides in Istanbul, Turkey.

Hezekiah’s Tunnel in the Biblical Record

“And when Hezekiah saw that Sennacherib was come, and that he was purposed to fight against Jerusalem, he took counsel with his princes and his mighty men to stop the waters of the fountains which were without the city; and they helped him. So there was gathered much people together, and they stopped all the fountains, and the brook that flowed through the midst of the land, saying: ‘Why should the kings of Assyria come, and find much water?’”

“This same Hezekiah also stopped the upper spring of the waters of Gihon, and brought them straight down on the west side of the city of David. And Hezekiah prospered in all his works.”

“And the rest of the acts of Hezekiah, and all his might, and how he made the pool, and the conduit, and brought water into the city, are they not written in the book of the chronicles of the kings of Judah?”

“… the tunneling [was finished]. And this was the matter of the tunneling: While [the hewers yielded] the ax, each man toward his fellow, and while there were still three cubits to be he[wn, there was hear]d a man’s voice calling to his fellow, for there was a crack[?] in the rock on the right and [on the lef]t. And at the end of the tunneling the hewers hacked each man toward his fellow, ax upon ax. And there flowed the waters from the spring toward the reservoir for two hundre[d and] a thousand cubits. And a hu[nd]red cubits was the height of the rock above the head[s] of the hewers.”