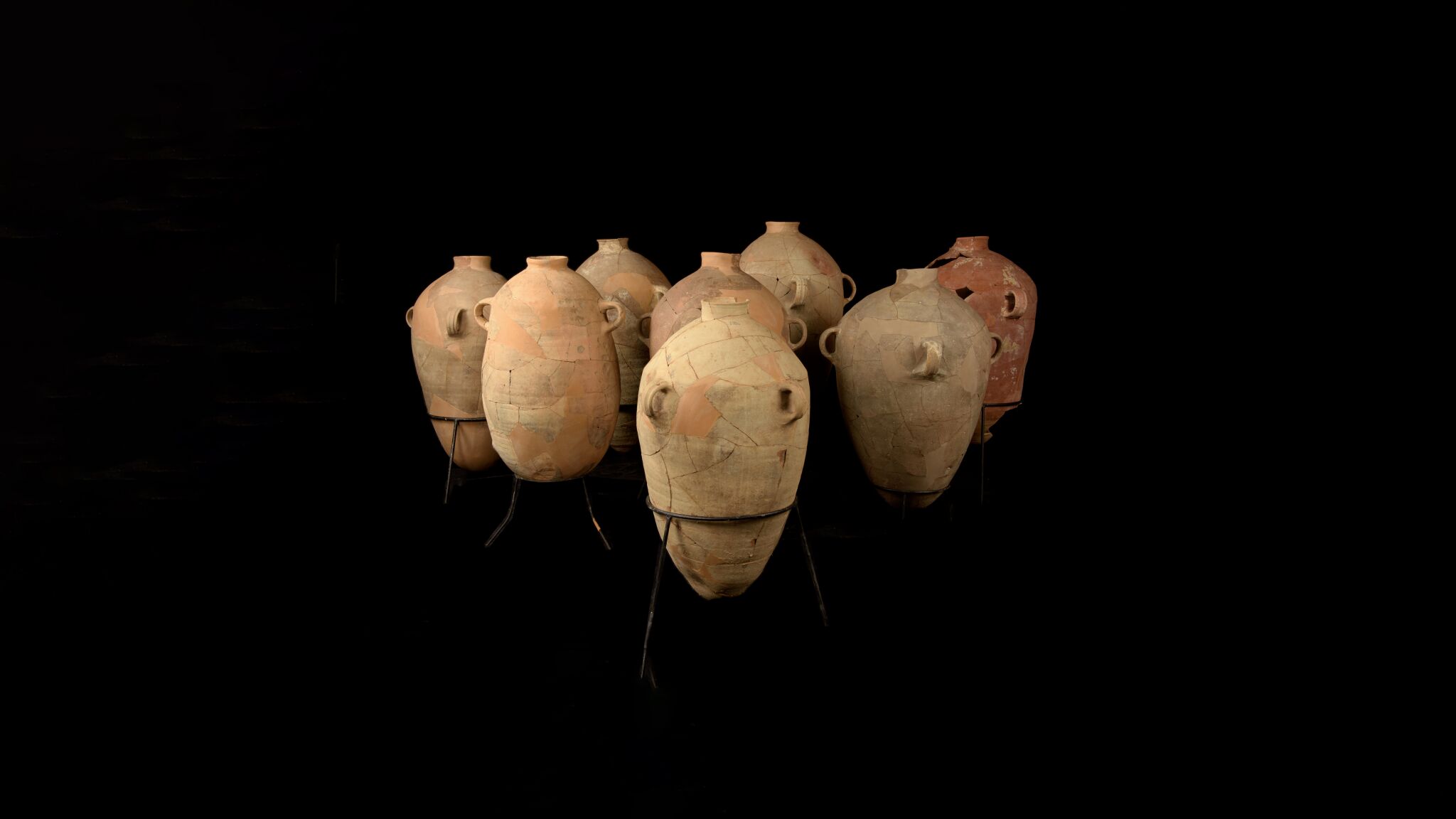 Researchers from Tel Aviv University and the Israel Antiquities Authority have just released surprising findings from a chemical analysis of sixth-century b.c.e. wine jars recently discovered in the City of David: It turns out that Jerusalem’s elites enjoyed their wine with a touch of vanilla.

The findings were revealed in a PLOS ONE scientific journal article titled “Residue Analysis Evidence for Wine Enriched With Vanilla Consumed in Jerusalem on the Eve of the Babylonian Destruction in 586 b.c.e.” The study concentrated on the organic residue left behind on wine vessels discovered in a Babylonian destruction layer in the City of David. The identification of vanilla was particularly surprising because, as noted by the press release, this rather exotic substance, “until recently, was not at all known to be available to the Old World before the arrival of [Christopher] Columbus.” The researchers believe the spice was probably imported from the East. “The discovery of vanilla fantastically illustrates which luxury products came here—possibly from India and its surroundings.”

Ayala Amir, the doctoral student in Tel Aviv University’s archaeology and ancient Near Eastern cultures department who conducted the research, noted: “Vanilla markers are an unusual find, especially in light of the fire that occurred in the buildings where the jars were found. The results of the analysis of the organic residues allow me to say with confidence that the jars contained wine and that it was seasoned with vanilla.”

While vanilla is apparently nowhere mentioned specifically in the Bible, the use of wine certainly is—and notably, spiced wine (e.g. Song of Solomon 8:2, also translated as perfumed wine). Other wines, such as sweet wine, are also mentioned (Isaiah 49:26).

The Prophet Jeremiah, on the scene in Jerusalem at the time of the city’s fall to the Babylonians, notably described the glutted city at the time as being brimful of wine. The warning message he relayed from God even compared its coming destruction to the smashing of wine vessels. Jeremiah 13:12-15 and 25 state:

Moreover thou shalt speak unto them this word: Thus saith the Lord, the God of Israel: “Every bottle [or jar/vessel] is filled with wine”; and when they shall say unto thee: “Do we not know that every bottle is filled with wine?” Then shalt thou say unto them: Thus saith the Lord: Behold, I will fill all the inhabitants of this land, even the kings that sit upon David’s throne, and the priests, and the prophets, and all the inhabitants of Jerusalem, with drunkenness. And I will dash them one against another, even the fathers and the sons together, saith the Lord; I will not pity, nor spare, nor have compassion, that I should not destroy them. Hear ye, and give ear, be not proud …. [T]hou hast forgotten Me ….

The large stash of wine vessels was discovered in two different locations in the City of David, both relating to the same pre-destruction time period: one, on the eastern slopes of the City of David, in excavations led by Dr. Joe Uziel and Ortal Chalaf (eight vessels); another, on the western side of the City of David (the Givati Parking Lot excavation), led by Prof. Yuval Gadot and Dr. Yiftach Shalev (15-plus vessels). Gadot and Shalev’s discovery was made in what was apparently a large wine-storage cellar area—a room packed to the hilt with the jars, “so crowded that it was hard to understand how people could move inside it.”

They offered the following regarding the new research: “To date, we have not had direct evidence of the use made of such jars. Some suggested wine or olive oil, but there was no direct evidence of the vessels themselves. Molecular analysis now allows us to expand the boundaries of knowledge and imagination. Now, we begin to piece together the jar puzzle. The wine, perhaps, is not a big surprise, but the fact that it is seasoned with vanilla is amazing.”

Uziel and Chalaf also made a statement: “The opportunity to combine innovative scientific studies examining the contents of jars opened a window for us, to find out what they ate—and in this case—what they drank in Jerusalem, on the eve of the destruction.”

The dating of the artifacts and their exotic contents to the moments just before the 586 b.c.e. destruction also vividly brings to mind the words of the book of Isaiah, concerning a blasé attitude in the city (Isaiah 22:13):

And behold joy and gladness,
Slaying oxen and killing sheep,
Eating flesh and drinking wine—
“Let us eat and drink, for tomorrow we shall die!”