As politicians seek to sign away chunks of Israeli territory, the stones cry out about Israel’s link to the land and testify of the Bible’s authenticity.
By Robert Morley • September 4, 2009 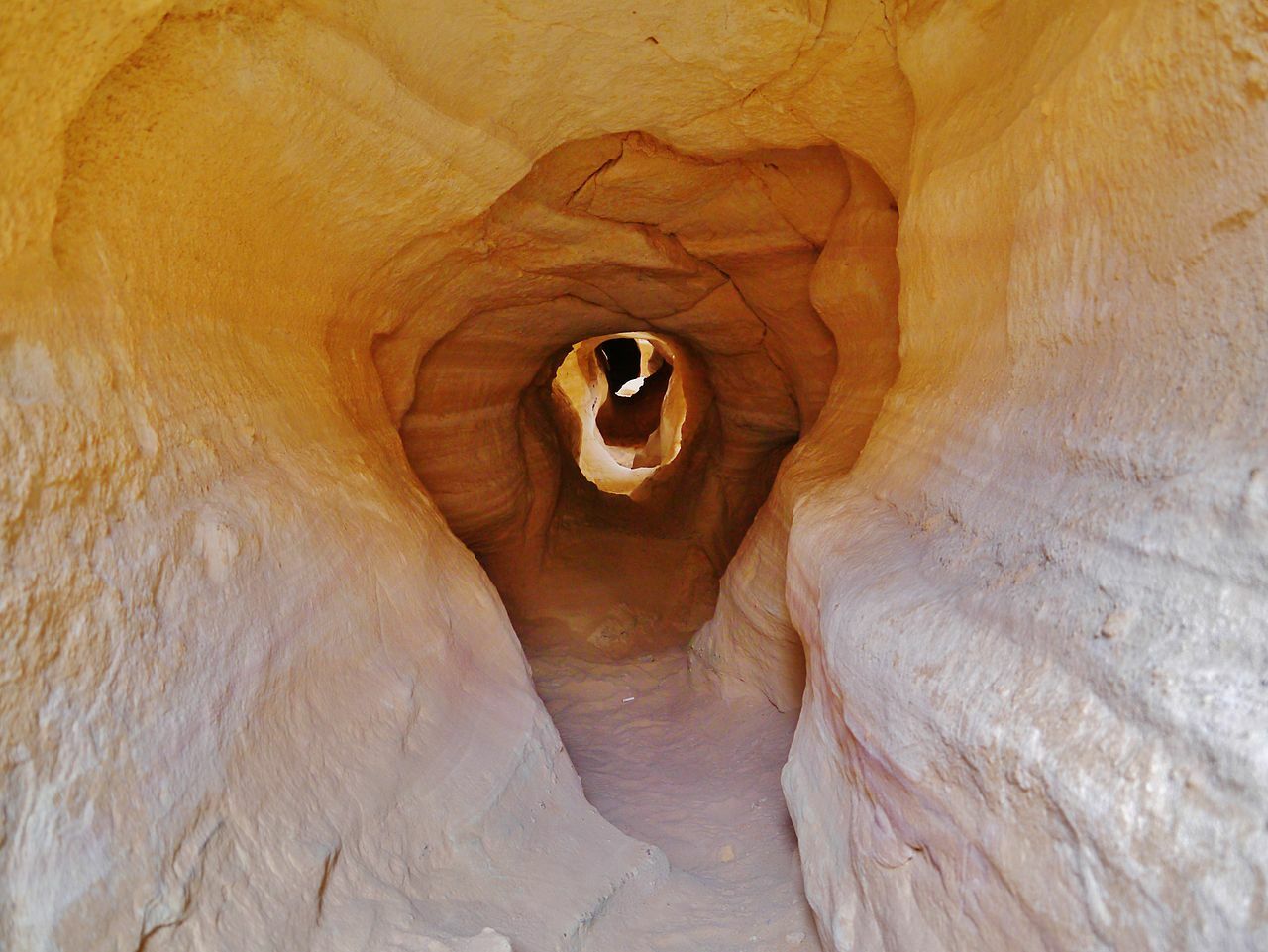 Those who relegate King David and his son Solomon to the realm of petty tribal chieftains, or even myth, are having a lot of explaining to do lately. Archaeology is yielding up proof after proof that not only is the Bible an extremely accurate historical document, but that the nation of Israel’s tie to the land is irrefutable.

In a stunning discovery reported in October, archaeologists believe they have uncovered one of the lost mines of King Solomon. It is not a little mine either—it is a massive structure, and, moreover, the find fits perfectly with what the Bible says about events surrounding the time of Israel’s richest king.

Where Did Solomon Get His Brass?

The Bible says King Solomon held sway over an area stretching from Egypt to modern-day Iraq. His father, David, was the famous leader who united the tribes and led them in a series of conquests that put Israelite soldiers on the banks of the Euphrates River, the site of the most powerful cities in the ancient world, including Babylon and Ur.

But it was King Solomon who was responsible for solidifying David’s empire and turning the military victories into vassal regions that sent tribute of all kinds to Israel’s capital city, Jerusalem. The Bible records that massive caravans of wealth flowed into Israel from as far away as Ethiopia, and from such renowned personalities as the Queen of Sheba.

The mining site now being investigated is part of a complex that incorporated 100 structures including a mine, a smelter, and a large fortress to protect it. The area, located 50 kilometers (30 miles) south of the Dead Sea and 50 kilometers north of the famed ruins of Petra in modern-day Jordan, is said to be the largest Iron Age copper factory in the Middle East. The site was so rich in copper that mining took place there for hundreds of years.

For Bible scholars, the discovery of the mine is important because it reveals a possible source for the stockpiles of brass King Solomon is said to have used in the construction of the first temple (1 Kings 7). More famous for the gold, silver and gems that flowed into the kingdom, the Bible says Solomon acquired such quantities of brass that it became a common material, not worthy of being enumerated:

“The [brass] vessels were unnumbered … because they were exceedingly numerous, and it would have been an endless thing to keep the account of them; neither was the weight of the brass, when it was delivered to the workmen, searched or enquired into; so honest were the workmen, and such great plenty of brass they had, that there was no danger of wanting” (Matthew Henry Commentary).

Although the Bible doesn’t specifically mention where the copper, which was used to make brass, came from, 1 Kings 7:46 relates that the molding of the copper into temple vessels was done “[i]n the plain of Jordan … in the clay ground between Succoth and Zarethan.” Logistically it makes sense that the copper would have been sourced from the closest available mines. Is it possible this is the very mine that supplied the copper used for the temple vessels, the ornaments and the two massive pillars, named Boaz and Jachin, that stood on the porch of the temple? Some scientists are now beginning to think so.

Back when the mine was first discovered in the 1930s, archaeologists dated it to the early 10th century b.c.e., the time of King David and Solomon. In the 1970s, new researchers re-dated the site to at least 300 years after the reign of Solomon, assigning a new date that fit neatly with the prevailing belief that there were no complex societies in Israel or Jordan (biblical Edom) capable of building fortresses and monuments or other technologically advanced construction, such as a large Iron Age mining operation, during the time of David and Solomon.

“This is the most hotly debated period in biblical archaeology today,” said archaeologist Thomas E. Levy of the University of California–San Diego, who reported the new radiocarbon dates for the copper smelting operation in the Proceedings of the National Academy of Sciences.

“We’re not answering the question” of whether King Solomon actually existed, he said, “but we’ve brought empirical data that shows we have to reevaluate those questions” (Los Angeles Times, Oct. 28, 2008).

According to archaeologist William Schniedewind of the University of California–Los Angeles, so far, “The scientific evidence seems to be going in [Levy’s] favor” (ibid.).

And although all of the most recent results have not yet been released, much of what has been made public is quite compelling.

Among the evidence unearthed is charcoal, a product of the wood burned to produce heat for the smelting of copper. Two years ago, after dating the charcoal, Levy reported radiocarbon dates that indicated that mining was taking place in the 10th century b.c.e.—the time of David and Solomon. His findings ignited criticism from several Bible skeptics, including Tel Aviv University archaeologist Israel Finkelstein, who said it was impossible for these early dates to be correct because no nearby habitations dated to that time period had been found.

So Levy set out to collect more data. His team excavated through a 6-meter (20-foot) layer of slag near the center of the site, carefully documenting the locations of each bit of charcoal and other artifacts that were found. The charcoal was then dated by an Oxford University physicist. The results are very intriguing.

According to the Los Angeles Times, “the bottom stratum of the site revealed a period of extensive mining that lasted for about 40 years around 940 b.c. and produced 9 feet of slag. There was then a major disruption in mining about 910 b.c., followed by resumption in the ninth century b.c.” (ibid., emphasis mine).

Here is where it gets really interesting for Bible critics.

In the layers associated with the disruption, Levy’s team found an Egyptian scarab from the Eastern Nile region and an amulet linked to the Egyptian goddess Mut. And guess which general time period the layers and finds associated with the mining disruption correlate with? The period, as recorded in 1 Kings 14:25, in which the Bible says Israel and Judah were invaded by Shishak, the Egyptian pharaoh, who began raiding and conquering much of Palestine beginning around 925 b.c.e., after Solomon’s death. And secular records in Egypt also seem to confirm this, documenting that Shishak’s troops occupied the city of Hazevah, which is about 13 kilometers (8 miles) from the mining complex.

So now skeptics are left with an advanced mining center, complete with charcoal-layered mining slag piles and artifacts that confirm the biblically recorded invasion of Israel by Egypt—and all dated to a time period during which conventional theory says it shouldn’t have existed.

A Series of Discoveries

Actually, when you start counting, it is pretty astounding the number of Bible-confirming archaeological discoveries that have emerged over the past couple of years.

Back in 2005, in an earth-shattering announcement, archaeologist Eilat Mazar revealed the discovery of King David’s palace—located just as the Bible described it. Excavations are still ongoing, but the many exciting discoveries include bullae belonging to biblical personages and, most recently, the secret tunnel that David’s army commander Joab most likely used in conquering Jerusalem (read about this here).

In 2007, the wall built by Nehemiah was found. This discovery likewise set off a firestorm of activity among Bible skeptics who had continually pointed to the lack of archaeological evidence supporting the book of Nehemiah’s claim that the returning exiled Jews rebuilt Jerusalem’s city wall and restored the gates of the temple.

In October 2008, the Associated Press reported that another ongoing dig at a site now dated to King David’s time, near the modern Israeli city of Beit Shemesh, is yielding up additional proof that Israel really did become a regional power under King David and Solomon. The excavation of the massive fortified stronghold has offered up what may be the oldest known Hebrew writings—also dated to the time of King David—giving further evidence of a language and culture much more highly developed than Bible minimalists admit.

It really is sad, then, to see so many Israeli politicians considering turning over ownership of the land that is not only rightfully Israel’s in a modern sense, but in a historical and religious sense too. And in exchange for nothing but paper promises of peace with a people that for the most part aren’t interested in peace.

As Dr. Eilat Mazar once said, “In the end, the stones will speak for themselves.”

The stones are speaking for themselves! They are crying out in anguish—in testimony—against a people that seem to so lightly value the land God gave them and their forefathers. But today, few are listening. And that too is prophesied in Scripture.

The detailed accuracy of the Bible is continually being proven correct—word by word, stone by stone, day by day.

(For more details about the Timna excavations see here for the Times of Israel report.)

The story of an ancient king-priest relationship between Hezekiah and Isaiah as told through the biblical narrative and supported by archeological evidence. Order this free 40-page full color brochure.