Welcome to the Armstrong Institute of Biblical Archaeology (AIBA). AIBA’s mission is to showcase Israel’s biblical archaeology and to make it available to the largest audience possible, most especially to the people of Israel.

AIBA is a non-profit academic and educational institution headquartered in Jerusalem, Israel.

AIBA seeks to share and promote Israel’s biblical archaeology via multiple platforms, including: 1) this website, which publishes articles, scientific reports and videos on Israel’s biblical archaeology; 2) Let the Stones Speak, a full-color, 32-page bimonthly print magazine; and 3) private tours of the Ophel and the City of David, as well as public seminars and archaeological exhibits.

AIBA also sponsors and participates in archaeological excavations in Jerusalem, primarily in the City of David and on the Ophel. (To learn more about past projects, or to follow our ongoing projects, see Excavations & Projects.)

AIBA has deep roots in Israel and in the field of biblical archaeology. The institute collaborates and works in partnership with many of Israel’s esteemed academic institutions, including Hebrew University, the City of David Foundation, the Israel Antiquities Authority, and the Israel Exploration Society. AIBA is named after Herbert W. Armstrong and Dr. Eilat Mazar, two personalities with a long and rich history with both Israel and biblical archaeology.

Herbert Armstrong was a prominent 20th-century Bible scholar, minister and humanitarian. He was also a keen supporter of biblical archaeology and the Jewish state. From 1968 to 1986, Mr. Armstrong supported multiple archaeological excavations in Israel, most notably the “Big Dig,” a massive excavation on the Temple Mount led by Hebrew University professor Benjamin Mazar. (Our Excavations & Projects page has more information on this.)

Dr. Eilat Mazar, granddaughter of Prof. Benjamin Mazar, was one of Israel’s greatest biblical archaeologists. Eilat was responsible for making some of biblical archaeology’s most sensational discoveries, including King David’s palace, King Solomon’s royal complex, Nehemiah’s wall and the seals of King Hezekiah and Isaiah (among other finds). Dr. Mazar was a brilliant scientist who not only deeply valued the scientific method but recognized the crucial role the Bible plays in the study of Jerusalem’s ancient history.

Since 2006, AIBA has proudly sponsored and worked alongside Dr. Mazar in her excavations in the City of David and on the Ophel. We endeavor to preserve Dr. Mazar’s archaeological legacy and keep it alive by approaching biblical archaeology with the same dedication to scientific and academic integrity, and the same passion, urgency and love. (You can learn more about the work and legacy of Dr. Eilat Mazar here.)

AIBA’s overarching mission can be divided into five specific objectives:

AIBA Brief
Subscribe to receive updates and articles from the aiba. 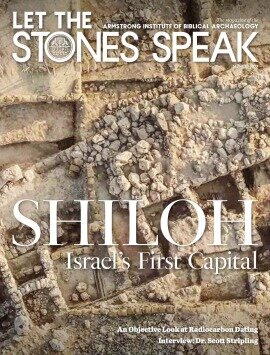