A consistent measurement in ancient vessels, with a connection to the biblical account
By George Haddad • January 5 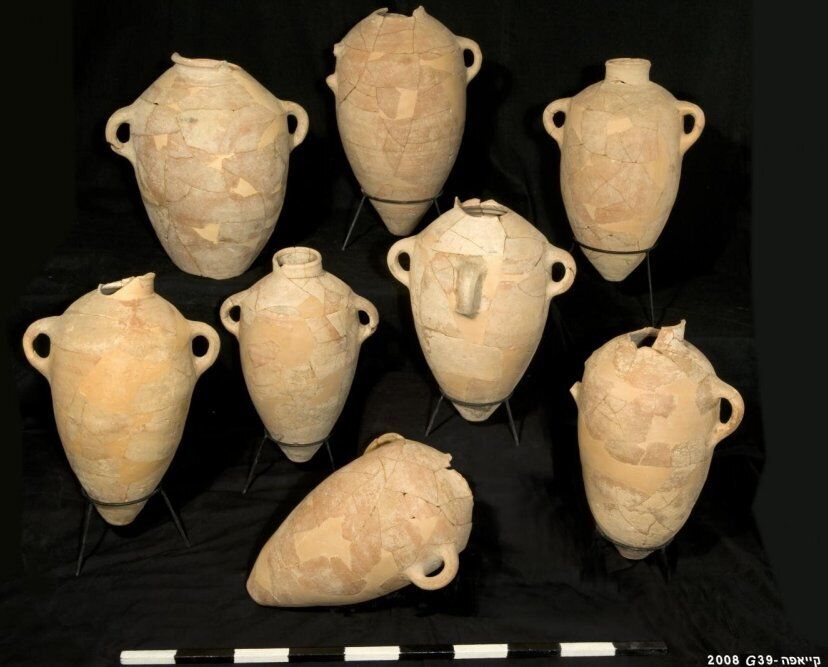 Storage jars were used widely in ancient Israel. Despite the various designs, sizes and shapes discovered around Israel, archaeologists from Hebrew University, the Israel Antiquities Authority and the Weizmann Institute have discovered that there was a common factor among the jars for a period of over 350 years.

In an article published in 2020 in the Bulletin of the American Schools of Oriental Research, researchers described the process of 3d scanning Iron Age jars sourced from Khirbet Qeiyafa (10th century b.c.e.), “hippo” jars (so named due to their large size and loop handles) from northern Israel (ninth century b.c.e.), and royal Judahite storage jars (eighth and seventh centuries b.c.e.).

Given the jars’ differences in region, dating and use, it was no surprise that they had large variations in style. Interestingly, though, one measure remained constant: The measurements of all the inner-rim diameters of the jars’ necks measured between 8.85 and 8.97 centimeters–the measurement of the palm of a man’s hand.

Previous research has determined that average palm dimensions over the past 3,000 years have not changed by any substantial degree. In gathering data for the above-mentioned research, the team noted the average palm measurement for men in the U.S. Army (attained when ordering gloves for their soldiers) and found that it was consistent with the measurements from the ancient jars.

Thus, not only were all the inner-rim diameters studied consistent over the period of the 10th through 7th centuries b.c.e., but that constant measurement directly correlated with the size of the average man’s palm.

“It was natural for the ancient potters to adopt the handbreadth—tefach—standard. It was a unit of length that was widely used in ancient times, and is mentioned both in Assyrian and Egyptian sources and in the Old Testament,” the researchers stated.

Multiple times throughout the Hebrew Bible, the term “handbreadth” is used as a unit of measurement, including for both the building of the tabernacle and the temple. Exodus 25:25 says, “and thou shalt make unto it a border of a handbreadth round about, and thou shalt make a golden crown to the border thereof round about.” (See also: Exodus 37:12; Ezekiel 40:5, 43; 43:13.) The Hebrew word is טֹפַח, pronounced “tefach.”

There are a few theories as to why this phenomenon took place within the storage jar measurements.

Firstly, for a potter to use his hand as a measurement was a convenient and reliable tool. And if jars needed to be cleaned or utilized, having a measurement that ensured a hand would fit was ideal.

Another theory has a biblical connection. Numbers 19:14-15 state, “This is the law: when a man dieth in a tent, every one that cometh into the tent, and every thing that is in the tent, shall be unclean seven days. And every open vessel, which hath no covering close-bound upon it, is unclean.”

This law would have had serious economic ramifications if someone died in the vicinity of unbound storage vessels. Later rabbinic Jewish tradition tried to quantify how big the opening of a vessel could be before the unbound contents would be deemed impure in this circumstance, and they reasoned that the maximum diameter would be a “handbreadth” (according to Maimonides’s Mishneh Torah). “Impurity does not enter a shelter, nor does it depart from it if there is an opening less than a handbreadth [tefach] by a handbreadth [tefach]” (14.1).

Whatever the answer, this new research sheds light on the ubiquity of the biblically attested unit of measure, the “tefach.” Perhaps it was a callback to the tabernacle construction of their ancestors. Maybe it was for ritualistic purity laws. Or, it could have simply been a matter of practicality for the potter.