‘The dream of every amateur archaeologist’
By George Haddad • November 29, 2022 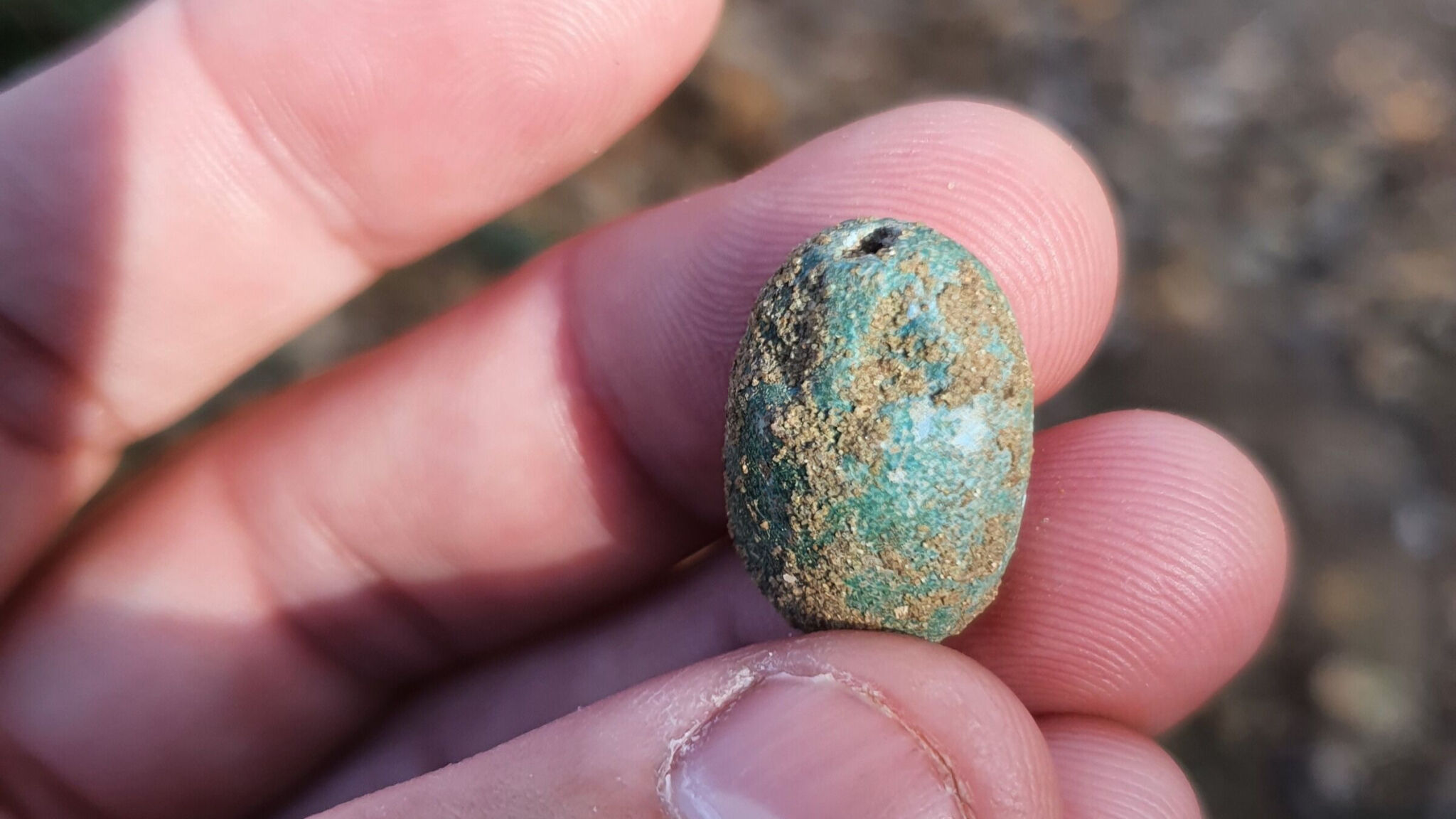 A school field trip in Azor, about 7 kilometers southeast of Tel Aviv, took an exciting turn when what was first thought to be a “toy lying in the dirt” was actually discovered to be a scarab seal dating most likely to the Late Bronze Age (circa 1550–1200 b.c.e.), according to a press release issued today.

The tour consisted of eighth-grade pupils conducting a “tour-guide course,” an activity organized by the Israel Antiquities Authority (iaa) that allows students to teach local Azor residents about their archaeological heritage.

Gilad Stern, the iaa Educational Center employee who led the tour, said: “I was astonished! It was a scarab seal with a clearly inscribed scene—every archaeology-lover’s dream!”

The scarab, or dung beetle, is a distinctive Egyptian motif, which the Egyptians viewed as the embodiment of creation and regeneration—the rolling of a dung ball representative of the “rolling” of the sun across the sky. Numerous semi-precious Egyptian seal stamps were shaped in the form of scarabs. The motif also spread far beyond Egypt’s borders: Many such seals have been discovered in Israel—some imported from Egypt directly, but others recreated by local craftsman.

This particular discovery resembles a locally crafted scarab. It contains a simple image, but no hieroglyphs.

Dr. Amir Golani, iaa specialist of the Bronze Age period, said: “The scarab was used as a seal and was a symbol of power and status. It may have been placed on a necklace or a ring. It is made of faience, a silicate material coated with a bluish-green glaze …. It’s difficult to determine the exact original context.”

The flat side of the scarab has an interesting scene engraved. Two figures are shown: one sitting, and one standing with his arms raised above the head of the seated person. Due to the elongated head of the standing figure, which seems to represent the Egyptian crown, the scene is most likely an Egyptian pharaoh conferring authority to a local Canaanite subject.

Dr. Golani continues: “This scene basically reflects the geopolitical reality that prevailed in the land of Canaan during the Late Bronze Age [circa 1550–1200 b.c.e.] … when the local Canaanite rulers lived (and sometimes rebelled) under Egyptian political and cultural hegemony. Therefore, it is very possible that the seal is indeed from the Late Bronze Age, when the local Canaanites were ruled by the Egyptian Empire.” This is the biblical picture painted before—and during—the emergence of Israel as a nation-state, with the presence of numerous fragmentary Canaanite factions ruled by local kings who, to varying degrees, were under the auspices of the Egyptian pharaoh.

Azor is not explicitly mentioned in the biblical text, but it is mentioned in the Septuagint as part of Danite territory and also listed among the Annals of Sennacherib as one of the cities he conquered at the end of the eighth century b.c.e.

Archaeologically, Azor contains notable remains of an Early Bronze Age settlement. Salvage excavations have revealed that there was continuous occupation of the site from the Chalcolithic (Copper Age) period to modern times.

According to Eli Eskosido, director of the iaa, “The find of the scarab in the framework of a field tour with pupils participating in the tour guide course is symbolic, in that the pupils were gaining archaeological knowledge, and at the same time contributing to our archaeological heritage. This cooperation is truly moving, as we are working towards connecting communities with their cultural heritage.”