Could this developing research help end some of the most contentious archaeological debates?
By George Haddad and Christopher Eames • October 25 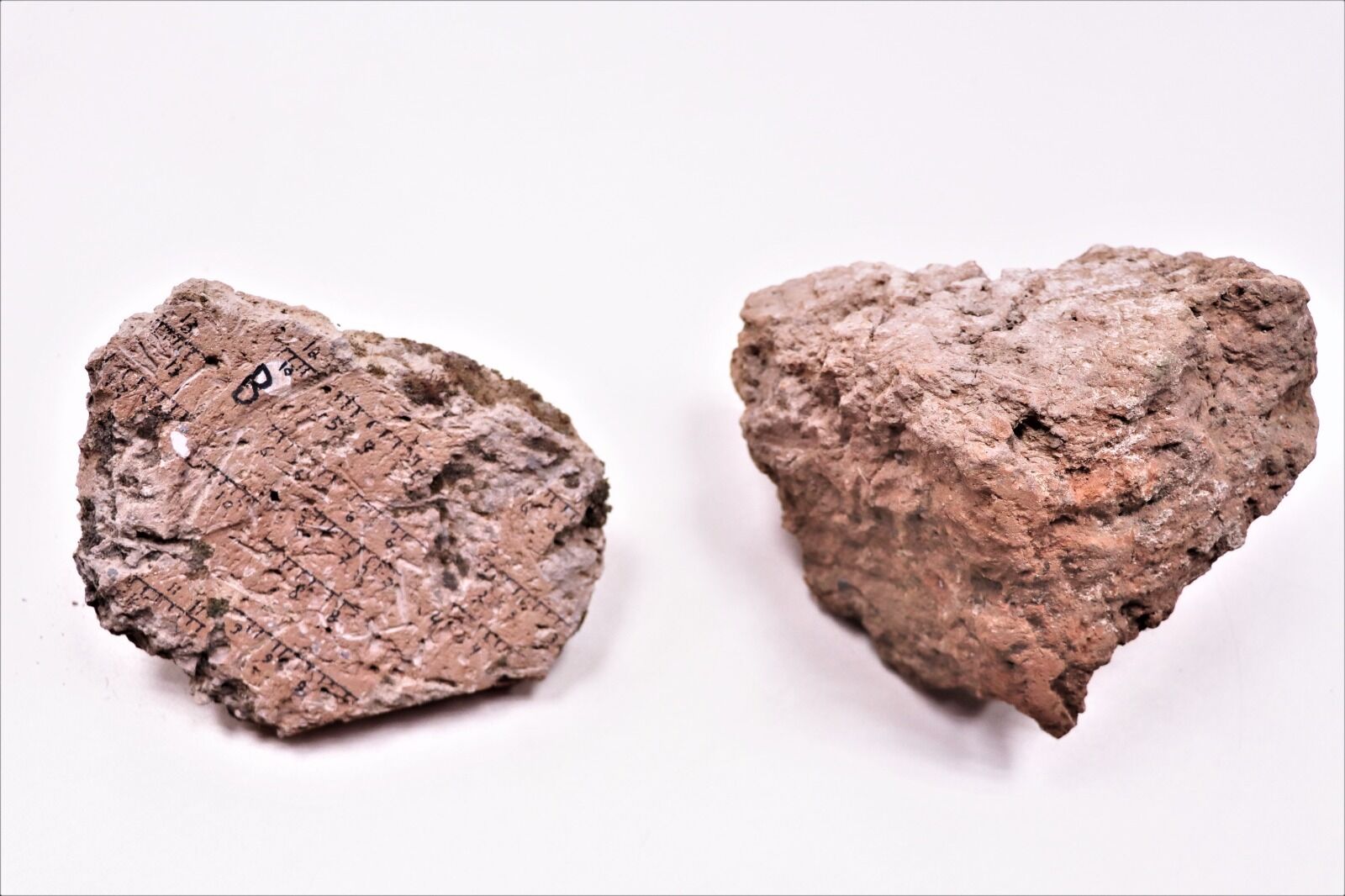 New archaeomagnetic data accurately verifying the biblical accounts of multiple military campaigns against Israel and Judah has been found in a unique joint study between Tel Aviv University and Hebrew University, as was reported today. In this study, 21 destruction layers from 17 archaeological sites throughout Israel had their magnetic “imprint” analyzed—with stunning results.

Doctoral candidate Yoav Vaknin explains: “Based on the similarity or difference in intensity and direction of the magnetic field, we can either corroborate or disprove hypotheses claiming that specific sites were burned during the same military campaign. Moreover, we have constructed a variation curve of field intensity over time which can serve as a scientific dating tool, similar to the radiocarbon dating method.” This newly emerging field of scientific research, archaeomagnetism, carries with it great promise of potentially settling contentious archaeological issues.

First, briefly, how it works: Paleomagnetism is the study of Earth’s magnetic field as it existed and fluctuated throughout our ancient past. Earth’s magnetic field is created by electrical currents generated by the outer core: a 2,400-kilometer-thick layer of primarily molten iron and nickel, turning nearly 3,000 kilometers beneath our feet. There’s a lot scientists don’t know about how it works, but the movements of the core directly relate to the often changing and fluctuating nature of the magnetic field.

Tel Aviv University Prof. Erez Ben-Yosef, one of Vaknin’s doctoral thesis supervisors, explains: “Ceramics have tiny minerals—magnetic ‘recorders’—that save information about the magnetic field of the time the clay was in the kiln.” The firing of a vessel in the kiln essentially captures and preserves the “fingerprint” of Earth’s fluctuating geomagnetic field at that precise point in time. The same is true for fiery destructions of sites during periods of conquest. This is known as “thermoremanent magnetization”—weak magnetization of the clay objects in the intensity and direction of Earth’s magnetic field. With an established database of these values over time, scientists could eventually use this method for dating remains with extreme accuracy—a welcome supplement to “pottery dating”/ceramic style analysis (which is more prone to error), and radiocarbon dating (which for some reason, does not provide “high resolution” specifically for the period of 800 to 400 b.c.e.).

Work to build up this database of paleomagnetic values is already well underway. But for now, an immediately applicable use for archaeomagnetism is in comparing the fiery destruction layers of various sites to see if certain destructions are part of the same overall conquest (and thus, reflect the same magnetization “fingerprint” in the destroyed remains), or if they belong to different periods of conquest entirely (in which case their “fingerprints” would not match).

One contentious debate among archaeologists concerns the destruction of Beth-Shean. One opinion holds that the city’s destruction should be attributed to the 10th-century b.c.e. Pharaoh Sheshonq i (the biblical Shishak, whose campaign is described in 1 Kings 14 and 2 Chronicles 12). A contrary view is that it was courtesy of a campaign by Hazael of Damascus, up to a century later.

In studying the burnt bricks at the site, and comparing the recorded magnetic data to the known destruction of Hazael at Gath, researchers found that Hazael could not be responsible for the destruction at Beth-Shean. Instead, the magnetic field squares with material associated with Sheshonq/Shishak’s invasion in the 10th century b.c.e. (But perhaps this is not overly surprising, as Sheshonq’s defeat of Beth-Shean is listed on his victory wall inscription in the Temple of Amun at Karnak.)

Beth Shemesh is another area with great significance in this study. Magnetic study indicates that the town was destroyed in the beginning of the eighth century b.c.e. But scientists do not know of any natural disaster or major invasion from a surrounding major power dating to this period.

Yet the Bible has a unique passage about it. “But Amaziah would not hear. So Jehoash king of Israel went up; and he and Amaziah king of Judah looked one another in the face at Beth-shemesh, which belongeth to Judah. And Judah was put to the worse before Israel; and they fled every man to his tent. And Jehoash king of Israel took Amaziah king of Judah, the son of Jehoash the son of Ahaziah, at Beth-shemesh, and came to Jerusalem, and broke down the wall of Jerusalem from the gate of Ephraim unto the corner gate, four hundred cubits” (2 Kings 14:11-13). Here is an account, not of conquest from a faraway polity, but instead of internal conflict between the kingdoms of Israel and Judah, that correlates directly with the geomagnetic data.

Further revelations include the fact that Judahite settlements in the southern, Negev regions were not destroyed by the conquering Babylonians in the early sixth century b.c.e.—instead, they were indeed destroyed later on, by invading Edomite forces (something that archaeologists had suspected for these southern destruction layers, but had been unable to prove). “Several decades after they had destroyed Jerusalem and the First Temple, sites in the Negev, which had survived the Babylonian campaign, were destroyed—probably by the Edomites who took advantage of the fall of Jerusalem,” Ben Yosef states. “This betrayal and participation in the destruction of the surviving cities may explain why the Hebrew Bible expresses so much hatred for the Edomites—for example, in the prophecy of Obadiah.” Psalm 137—a psalm about the Babylonian destruction—also mentions this theme of Edomite violence. “Remember, O Lord, the children of Edom in the day of Jerusalem; who said, Rase it, rase it, even to the foundation thereof” (verse 7; King James Version).

The new study, published in the The Proceedings of the National Academy of Science (PNAS), has the potential to dramatically shift understanding of some of the region’s most controversial puzzles, especially those related to biblical conquests. Multiple sites have data sets that have verified the Bible-based chronology, and the research from this study provides a tremendous leap forward in cataloging magnetic data for multiple dates in history. The press release reads:

The new data verify the Biblical accounts of the Egyptian, Aramean, Assyrian, and Babylonian military campaigns against the Kingdoms of Israel and Judah. Findings indicate, for example, that the army of Hazael, King of Aram-Damascus, was responsible for the destruction of several cities—Tel Rehov, Tel Zayit, and Horvat Tevet, in addition to Gath of the Philistines, whose destruction is noted in the Hebrew Bible. At the same time, the study refutes the prevailing theory that Hazael was the conqueror who destroyed Tel Beth-Shean.

And with a view toward the future, this research could ultimately help end the highly controversial debate regarding a high or low chronology for the biblical kings David and Solomon. In the 1990s, the theory of “low chronology” was proposed by archaeologist Israel Finkelstein—promulgating the idea that grand structures in Israel normally attributed to David and Solomon (traditionally dated to the 10th century b.c.e.) were actually constructed in the ninth century. Up to now, simple pottery analysis has been ambiguous enough to allow for such a debate—although new radiocarbon dating is favoring the original, high-chronology dating. (See here for more on this debate.) Haaretz’s article on the subject states that “[Yoav] Vaknin is convinced that paleomagnetism will in the near future contribute directly to the debate on the earlier era at the heart of the controversy.”

As we have seen with this study, archaeomagnetism is an evolving science that is proving to be increasingly useful in the chronological debate. And in the near future, as more data is gathered, it could help end the scholarly debate not only over whether David and Solomon existed (that’s been established, in part, already)—but also over whether their kingdoms were as well established and grand as the Bible describes.