‘So, King of Egypt’—Scribal Error or Shadow Pharaoh? 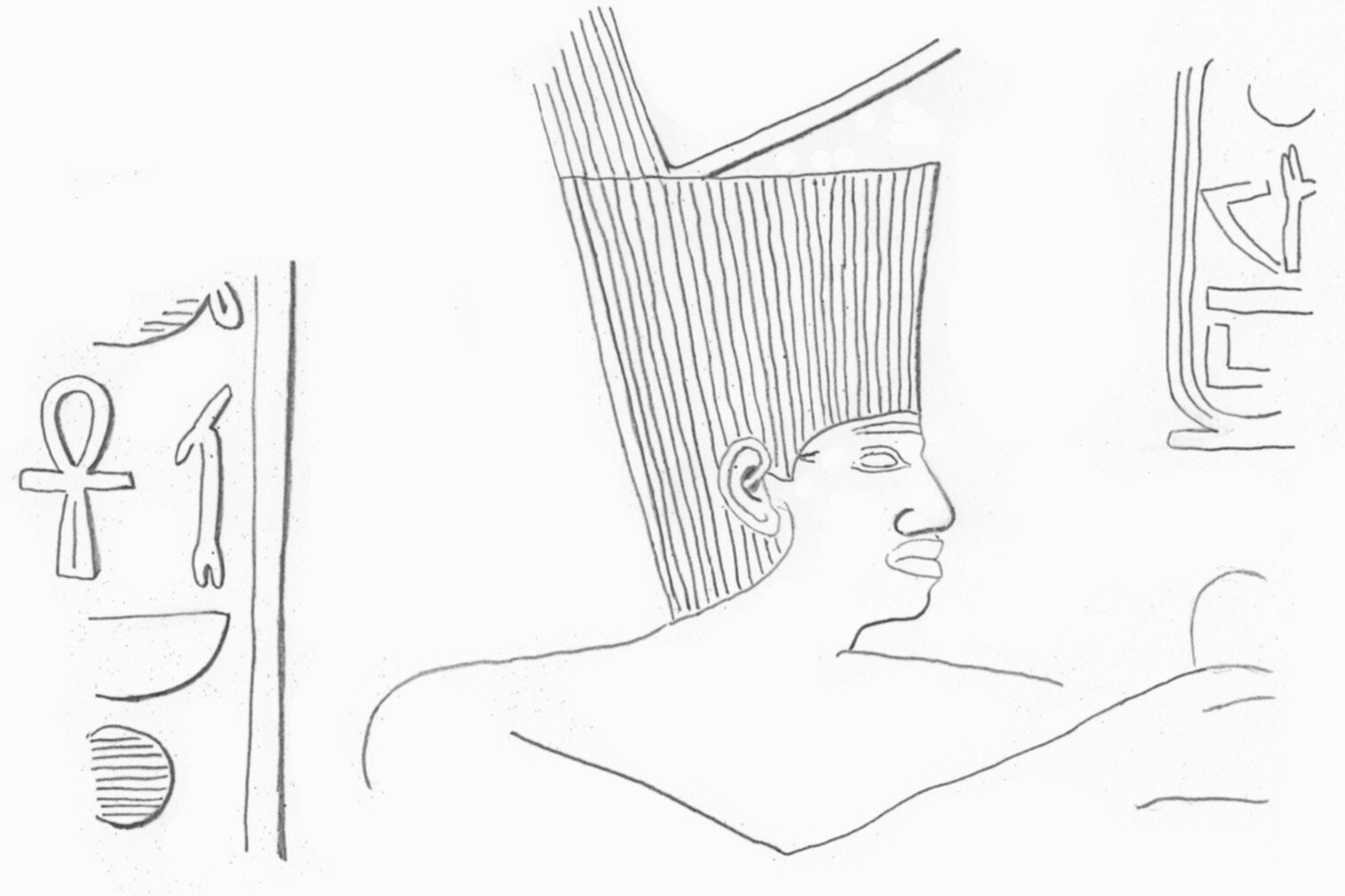 The biblical account of Israel’s late-eighth-century b.c.e. demise is short and to the point. It reads almost like a news brief: In the twelfth year of King Ahaz’s reign over Judah, King Hoshea came to power in Israel. He was an evil king. The king of Assyria (Shalmaneser) invaded, forcing him to pay tribute. Hoshea did this for three years. Then, instead of paying the Assyrians, Hoshea conspired against them with So, king of Egypt. As a result, Assyria imprisoned Hoshea and took the Israelites captive. Thus ended the northern kingdom of Israel—their identity becoming “lost” following their deportation (from which point on they are commonly referred to as the “lost 10 tribes”). Interested readers can find these events in 2 Kings 17.

The principal features of this narrative are of indisputable historical accuracy, as revealed by archaeology. Shalmaneser v was a real king. Assyria did besiege and conquer Israel in 721–718 b.c.e. Hoshea was king of Israel at the time. (His installment is described on Tiglath Pileser’s Summary Inscription 4.)

There is one problem: “So king of Egypt” (2 Kings 17:4). There is no pharaoh mentioned by this name in any existing Egyptian records. No contemporary pharaohs share his name. Did the author of the book of Kings invent him? Is the Bible wrong? Or is there more to this story?

The question of King So’s identity is a controversial one. Scholars have proposed and rejected countless theories. For the most part, only two theories are still debated. Before covering them in detail, we must understand the political situation in Egypt at the time. In the late eighth century b.c.e., Egypt was not united under one pharaoh. Instead, multiple pharaohs ruled different regions at the same time—naturally complicating the question. Identifying King So isn’t as simple as determining which pharaoh ruled circa 721 b.c.e. There are several choices within this year alone.

So, which pharaoh does “So, king of Egypt” refer to? (Pardon the pun.) Scholars have converged around two possible contenders. One is Pharaoh Tefnakht i, who ruled from circa 727 to 720 b.c.e. Egyptologist Hans Goedicke argued for this identification in a 1963 paper on the subject. According to Goedicke, “So” might not refer to a person at all—instead, it could refer to an Egyptian city Sais. Located in the western Nile Delta, Sais was the capital city for Egypt’s 24th dynasty, which included Tefnakt i.

From the outset, Goedicke’s theory seems problematic. If “So” refers to “Sais,” then 2 Kings 17:4 wouldn’t make sense. It would read, “[Hoshea] sent messengers to Sais, king of Egypt.” That’s a bit like calling London the king of England.

This was problematic for the Tefnakt theory. However, in a footnote to Goedicke’s paper, William F. Albright suggested a solution. According to Albright, a scribal error may have corrupted the biblical text. The original reading could have said that Hoshea, “sent messengers to Sais, to the king of Egypt.” It’s a small amendment, potentially requiring only the addition of one Hebrew letter. But its implications are far from insignificant. If the scribes corrupted this verse, how do we know they didn’t corrupt other similar passages? For that matter, how do we know the whole Bible isn’t a patchwork of conflicting scribal errors?

Modern scholars often handily cite “scribal error” to support their theories. But this should only be done with extreme caution. After all, the Bible is our most important textual source on ancient Israel. Undermining its credibility calls into question our entire understanding of Israelite history. It is possible that ancient scribes miscopied certain passages of scripture (possible, but unlikely; read our article “Can You Trust the Masoretic Text?” for more information on the preservation of the biblical text). But strong theories cannot be made solely on the basis of “scribal error.” This conclusion should only be drawn if no other reasonable explanation exists.

As it happens, Goedicke’s proposal is not the only plausible theory. Egyptologist Prof. Kenneth Kitchen proposed a different identity for King So in his landmark 1973 book, The Third Intermediate Period in Egypt. According to Kitchen, Pharaoh Osorkon iv is a much better contender than Tefnakht i. For starters, Tefnakht’s kingdom was on the western side of the Nile Delta. Osorkon’s kingdom was on the eastern side—closer to Israel. Furthermore, “So” is a reasonable abbreviation of Osorkon. Such abbreviations were common in Egyptian history. (For example, the name of Pharaoh Shoshenq i—the “Shishak” of the Bible—was often abbreviated as “Shosh.”)

The Osorkon theory also seems to fit well with the writings of Isaiah the prophet. According to the Bible, Isaiah was on the scene when Assyria conquered Israel. His work concerned the southern kingdom of Judah. However, since he was a contemporary of Hoshea, his writings are still relevant.

Isaiah often warned Judah against relying on Egypt. “Woe to the rebellious children, saith the Lord … That walk to go down into Egypt, And have not asked at My mouth; To take refuge in the stronghold of Pharaoh, And to take shelter in the shadow of Egypt! … For his princes are at Zoan, And his ambassadors are come to Hanes” (Isaiah 30:1-2, 4). Remember, Egypt was divided during this period. Isaiah named specific Egyptian cities to clarify which “Egypt” he was referring to. As it happens, “Zoan” is the ancient Hebrew name for an Egyptian city called Tanis. Tanis was on the eastern side of the Nile Delta. In the late eighth century b.c.e., it was ruled by none other than Pharaoh Osorkon iv.

According to Kitchen, “There is no valid excuse for taking So as anything other than Osorkon iv, in terms of our present knowledge.” In like manner, Prof. Lawrence Mykytiuk includes Osorkon iv among his authoritative list of “53 People in the Bible Confirmed Archaeologically.” (This list pertains to individuals from the Hebrew Bible—for those interested, he has another list of individuals from the New Testament:”30 People in the New Testament Confirmed.”)

While many scholars now agree with Kitchen’s theory, some still object. Namely, they argue that the Bible does not abbreviate the name of any other pharaoh. Furthermore, no surviving Egyptian records abbreviate Osorkon to “So.” Calling Osorkon “So, king of Egypt” is therefore unprecedented on two fronts.

But unprecedented does not mean impossible. The Bible mentions only five pharaohs by name. From a sample of this size, it is hard to argue that the Jews didn’t abbreviate Pharaonic names. Furthermore, the “argument from silence” is always dangerous. True, no existing Egyptian record abbreviates Osorkon’s name. But only a minute percentage of such historical documentation survives. Perhaps the Egyptians did use a shortened form, and we simply haven’t found evidence of it yet. And again, the names of other pharaohs were often shortened.

Another objection is that Osorkon iv was not a powerful ruler. In Kitchen’s own words, he was “a powerless shadow-pharaoh.” Tefnakt i, the ruler of Sais, was a far more dominant leader. Why, then, would Hoshea appeal to Osorkon for help against the mighty Assyrian empire? Wouldn’t it have been more reasonable to appeal to Tefnakt i? Possibly. But again, we simply don’t know for sure.

When discussing the biblical period, we must remember how little we know. Many significant biblical sites have not yet been discovered. Of the discovered sites, many have only been partially excavated. Some have not been excavated at all. Even excavated sites yield an incomplete picture, since only a fraction of artifacts survive to the present. In short, our knowledge of biblical periods is far from complete. What we know is dwarfed by what we don’t know, and may never know.

Can modern scholars, then, accurately judge the decisions of a biblical ruler? Can they presume it unreasonable for Hoshea to consult Osorkon? After all, they know few of the many factors that were at play in his situation.

One could think of several reasons why Hoshea might have asked Osorkon for help. Maybe only Osorkon was close enough to respond in time. Maybe Tefnakt i was an enemy, not an ally, of Israel. Maybe Hoshea was desperate, and he reasoned that any help was better than no help. Or maybe Osorkon was somewhat more powerful than we realize. In short, we can’t rule out the possibility that Hoshea consulted Osorkon iv. We don’t know enough.

Kitchen’s theory, then, does have its difficulties, but none are insurmountable. According to our present knowledge, Kitchen was right: “There is no valid excuse for taking So as anything other than Osorkon iv.”