An admired Swiss hero left his mark on the Holy Land.
By George Haddad • October 20 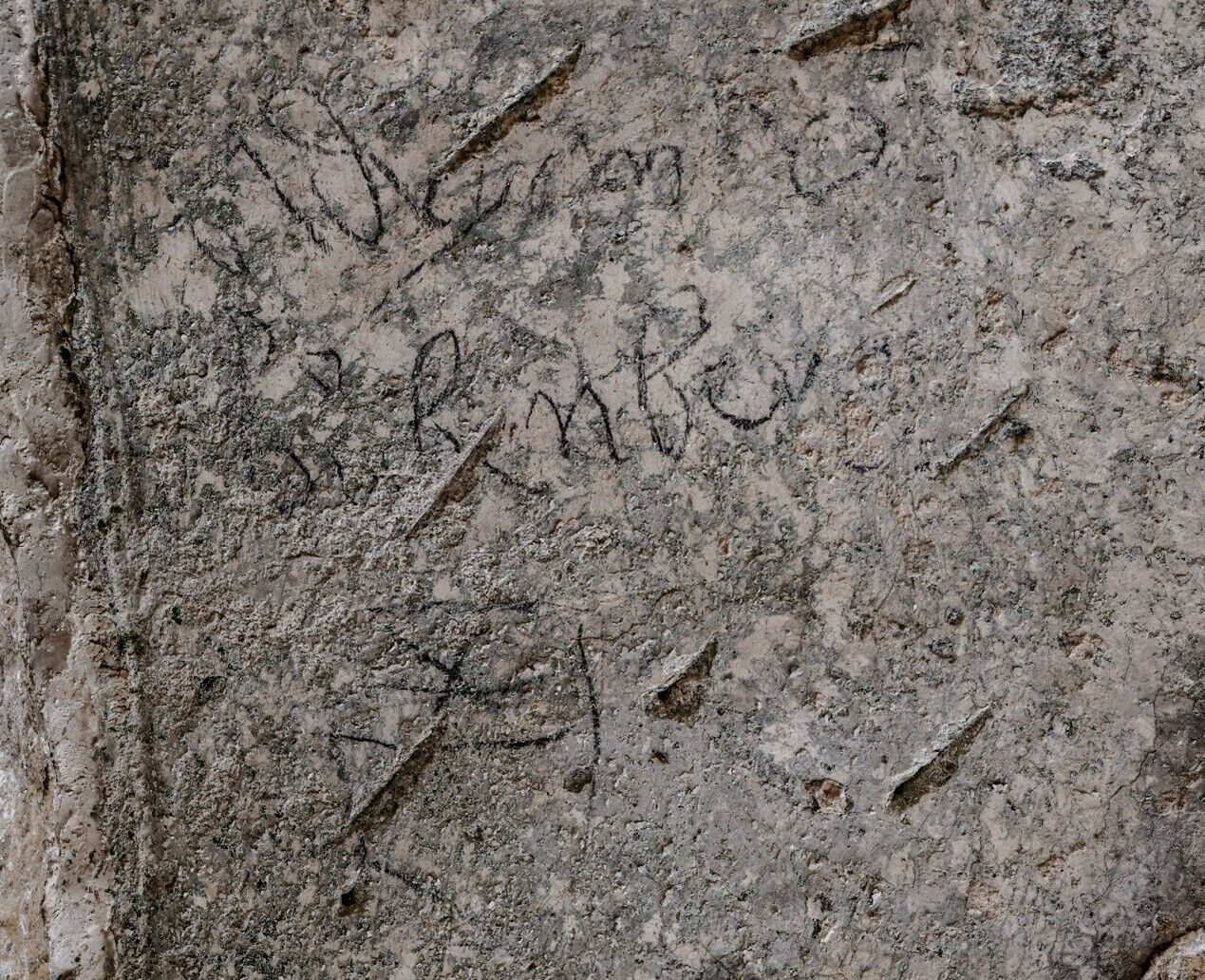 Members of the Israel Antiquities Authority (iaa), while conducting an archaeological survey on Mount Zion, were shocked to discover a graffiti inscription of Swiss knight Adrian von Bubenberg on a wall of the “King David Tomb Complex.” The iaa’s unique project in this area has been focused on documenting ancient inscriptions from Christian and Muslim pilgrims, and research was presented this week in a joint conference between the Israel Antiquities Authority, the Hebrew University and Tel Aviv University titled “New Archaeological Studies in Jerusalem and the Vicinity.”

Adrian von Bubenberg is known in secular sources to have made a pilgrimage to Jerusalem in 1466, during the Mamluk period. He is a famous Swiss military man who is revered even to this day, primarily known for his leadership of the Swiss Army in the Battle of Murten. There, he defeated one of the strongest powers in Europe at the time, the army of Charles the Bold of Burgundy, who threatened Switzerland’s independence.

After his death, he was buried in the Cathedral of Bern (a place of high honor), and one of the central squares in Bern has a statue of him.

Project leaders Michael Chernin and Shai Halevi of the iaa said, “In the Mamluk period, between 1332–1551, the building complex adjacent to the traditional Tomb of King David was owned by the Monks of the Franciscan Catholic Order. The building served as a monastery and a hostel for the western pilgrims, who left their mark on the walls. Technological methods developed today enable reading the faded inscriptions.”

Researchers used multispectral photography, wavelengths invisible to the human eye, to bring to light faded inscriptions which otherwise would remain hidden. The fascinating technology used to enable the decipherment of the faded and hidden graffiti was originally developed through research of the Judean Desert scrolls.

Along with this famous Swiss hero, more than 40 inscriptions in different languages, as well as the family emblems of medieval knights, were uncovered.

According to iaa director Eli Eskosido: “Believers, pilgrims and visitors seeking to make contact with sanctified Jerusalem left traces that the Israel Antiquities Authority researchers reveal and record on a daily basis.”

This discovery not only highlights the connection between medieval Switzerland and Jerusalem; it also further highlights the impact Jerusalem had on religions and cultures worldwide throughout history. Additionally, it shows how developing technology improves the field of archaeology and facilitates a new and updated approach to analysis and discovery.