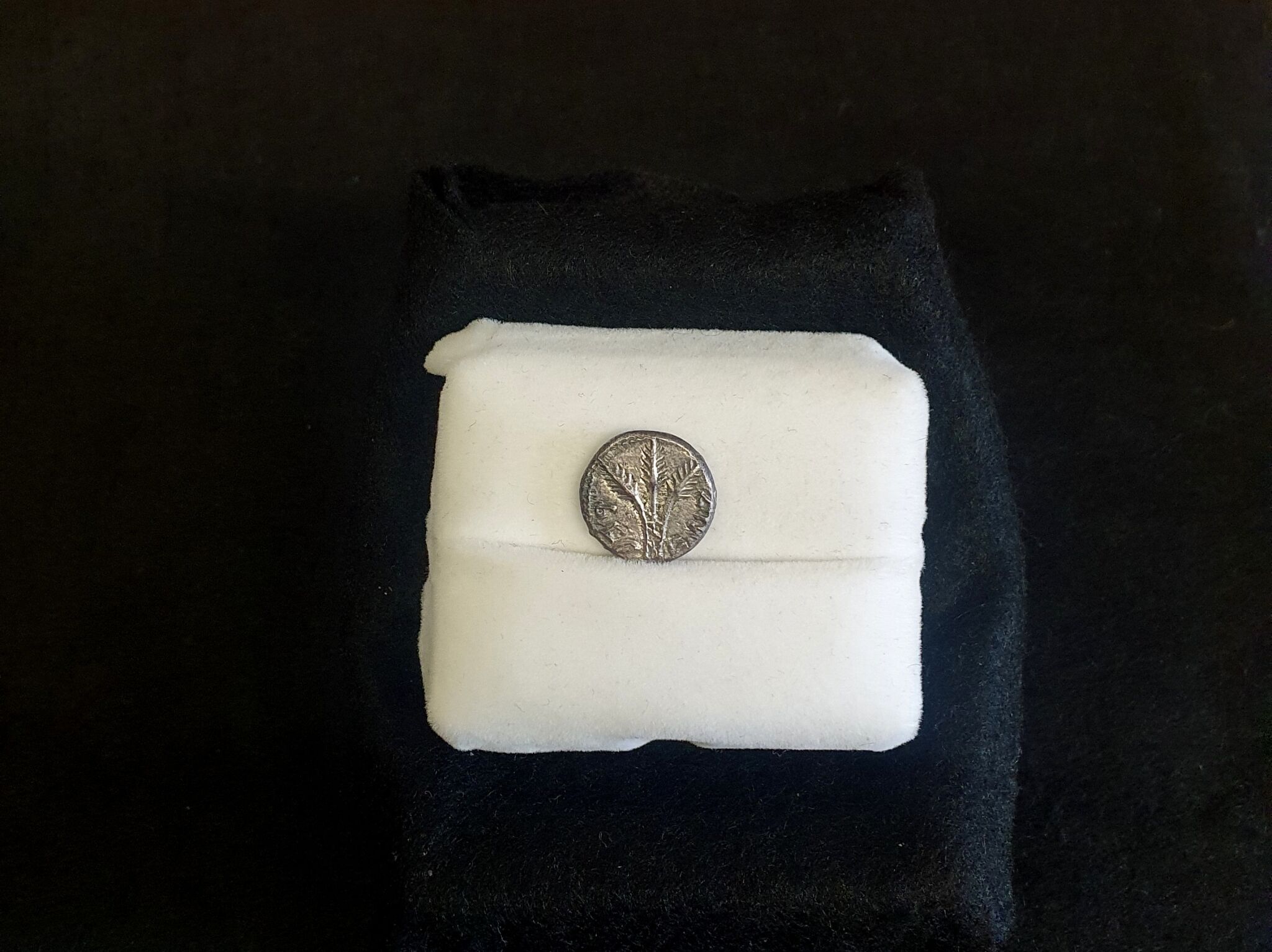 Last week, the Israel Antiquities Authority and the Antiquities Trafficking Unit of the Manhattan District Attorney’s office in New York worked together to track down and seize a rare silver quarter-shekel coin minted from the fourth year of the 66–73 c.e. Great Jewish Revolt—the final year before Jerusalem fell to the Romans.

This is only the fourth of this kind of coin discovered in the world.

The Great Revolt began in 66 c.e. as the relationship between Judea and Rome deteriorated. The Roman Empire had already granted limited permission for other local rulers to mint bronze coins, but one way for Judea to assert their dominance and independence was to mint their own currency. The Romans had previously minted coins in Jerusalem, but at the time of the revolt, that ceased, and the Jews started minting their own coins in Hebrew.

Ilan Hadad, archaeologist and inspector in charge of commerce at the Antiquities Theft Prevention Unit (atpu) of the Israel Antiquities Authority (iaa), said:

The minting of silver coins by the leaders of the Great Revolt was in fact a declaration of independence by the Jews in the land of Israel, a statement against the mighty empire that stood before them. Many of the rebels’ silver coins were struck over imperial silver coins, covering the emperor’s face with Jewish motifs. This gave the coin a much greater symbolic value than the monetary value of the coin itself.

This coin was unearthed in the Elah Valley and stolen by Palestinian antiquities looters in 2002, as a part of a hoard of coins from the period of the revolt. The iaa attempted to locate the coin for the next two decades as it passed through illegal markets in Israel, Jordan and the United Kingdom. In order for the coin to make it to the United States, false provenance papers were prepared, and it was then auctioned off in 2017.

There have been other collections of Jewish Revolt coins uncovered in recent history. In our 2018 Ophel excavations (just south of the Temple Mount), one of the largest-ever hoards of bronze Year Four revolt coins was discovered (some two dozen coins), under the direction of the late Dr. Eilat Mazar. More have likewise been found in our continued 2022 phase on the Ophel, led by Prof. Uzi Leibner. In general, the greatest number of coins from the Great Revolt have been found in Jerusalem, where it is believed they were minted.

The repatriation of this rare coin is a positive step forward in preserving antiquities. Ambassador Asaf Zamir, Consul General of Israel in New York, stated that “this singular artifact is a stark reminder of the Jewish people’s millennia-old connection to the land of Israel. We thank the iaa and the DA’s office for restoring this priceless coin to its rightful home.”