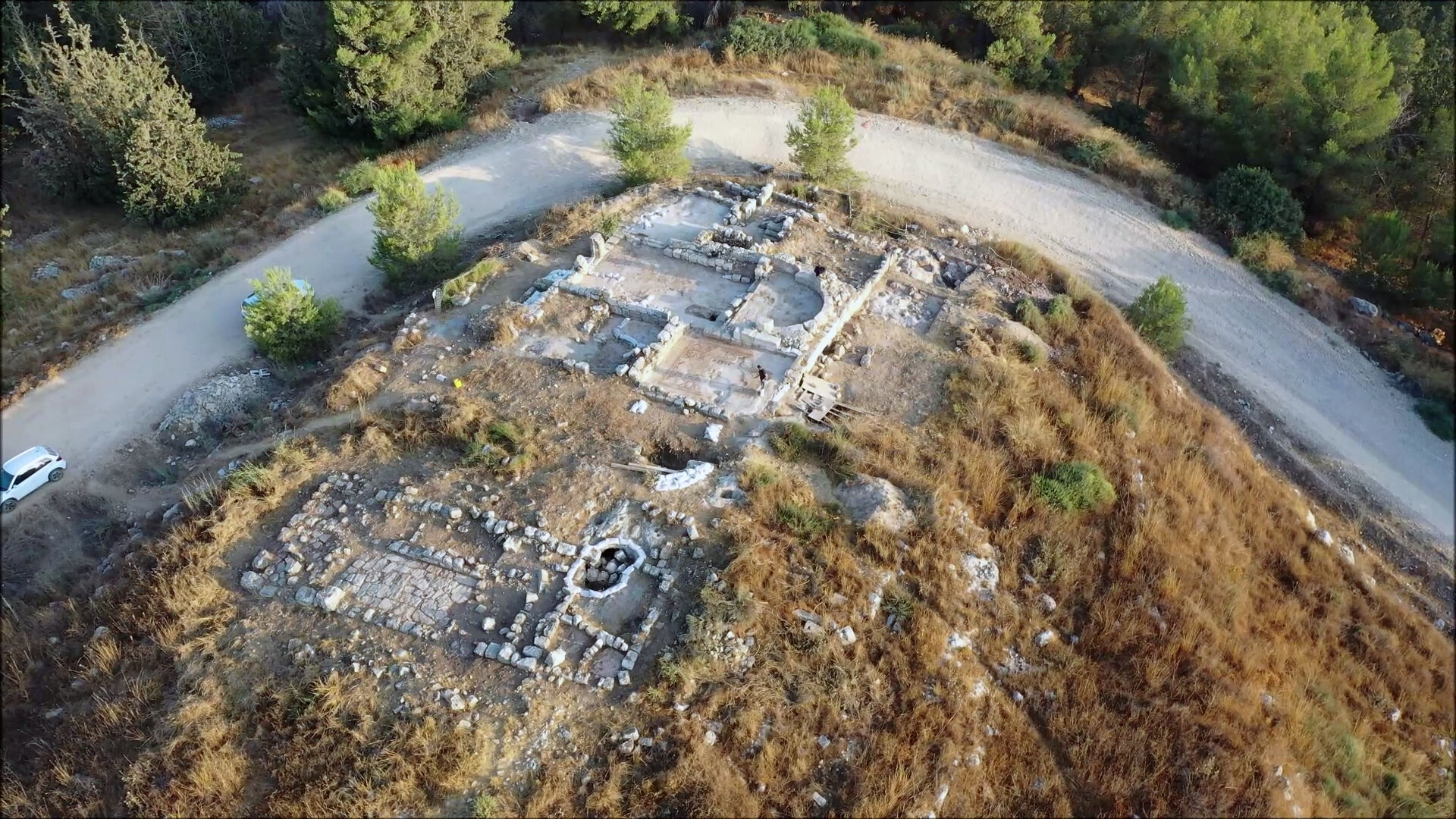 A team of idf soldiers recently conducted a salvage excavation located in a military zone at the site of Horvat Hani, near the town of Shoham (just southeast of Tel Aviv). The activity was part of an educational project after the site had been previously damaged by the army. The 1,500-year-old nuns’ convent at the site was first excavated 20 years ago by Dr. Uzi Dahari and Dr. Yehiel Zelinger. It was covered up for protection and is now visible again due to the joint idf and iaa initiative.

The convent was discovered to have been paved with colorful mosaics and has an interesting inscription dedicated to a woman. Although the inscription is somewhat contested, it is believed to read “Remember, O Lord, Anasia [?]” The final word reads as either “Abbess” or “the most pious.” The architecture, this inscription and the fact that only female skeletal remains have been found at the site help archaeologists conclude that this building was a convent for nuns.

Monasteries are not uncommon in Israel, but what makes this structure unique is that it is exclusively a burial ground for women and girls. It was also the first convent ever found in Israel. And there may be a good reason for the female connection to the site: Some scholars believe it is in the same location as the grave of the biblical Hannah.

“Khirbat Burj el-Haniyah” is the old Arabic name for Horvat Hani, meaning “ruin of the tower of Haniyah.” Haniyah could easily be a variation of the name “Hannah.” The third-century c.e. bishop Eusebius of Caesarea placed the location of Hannah’s hometown, Ramathaim Zophim, near Horvat Hani in a place called “Remphis.” This matches up with a nearby city called Rentis today.

iaa archaeologist Dr. Eitan Klein posits that Horvat Hani is where Hannah was buried. It is not a far leap, given the linguistic associations in Arabic and the possible close vicinity to Hannah’s hometown, Ramathaim Zophim. There’s also the fact that the Byzantines considered a site like this to be important enough to build the monastery for women there. In addition, the earliest structure at the site is an acrosolium cave (arched tomb). Some identify this structure as marking Hannah’s tomb, despite the earliest evidence of its use being dated to the third century c.e.

The story of Hannah resonates with women, particularly those who desire children. This certainly could have attracted visitors to the convent, which has fertility motifs scattered around the site. Hannah, although loved deeply by her husband Elkanah, was unable to bear a child. While in Shiloh, she poured her heart out to God, asking for a son. Her prayers were answered, and she conceived and bore Samuel, who she then dedicated to God. He eventually became a prophet (1 Sam 1:1-22).

Project director Guy Salay summarized the current project: “The excavation is an example of officers taking responsibility for the environment and carrying out meaningful activity, exposing and conserving the ancient site—archaeologists together with officers and soldiers who are the citizens of tomorrow—thus enabling us to experience and connect with our country’s heritage.”