‘Gezer Doth Burn With Fire’—Last Monday, As a Matter of Fact 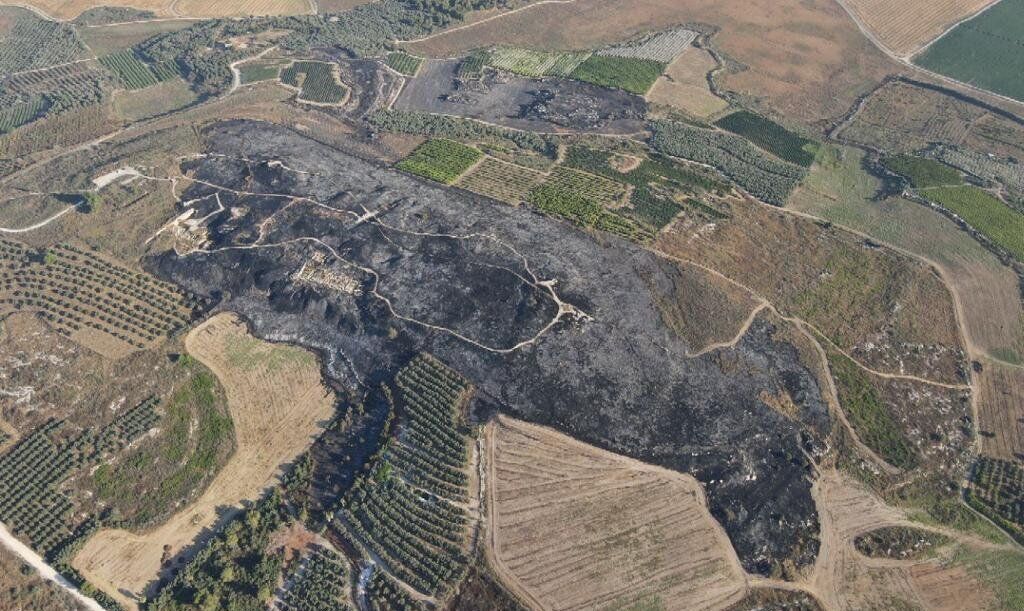 It’s one of the major Solomonic-era cities: Tel Gezer, a powerful outpost overlooking a vital trade route near the border of Philistia. An unusual event is described as happening to Gezer in the biblical account: It came under Solomon’s control, not during an Israelite invasion, but thanks to a case of marital diplomacy. Solomon’s wife was the daughter of Pharaoh—and perhaps as some sort of peculiar “wedding gift,” this “Pharaoh king of Egypt had gone up, and taken Gezer, and burnt it with fire, and slain the Canaanites that dwelt in the city, and given it for a portion unto his daughter, Solomon’s wife” (1 Kings 9:16).

But Gezer is no stranger to fires. Besides the account of the 10th-century Pharaoh having “burnt it with fire,” evidence at the site uncovered in 2017 revealed a 3,200-year-old, judges-period fiery conflagration at the site, including the charred bodies of the city’s occupants. There is also evidence of an even earlier fiery destruction at the site, sometime around the 15th century b.c.e.

And then there was last Monday.

About a month ago, our staff visited Tel Gezer, finding it mightily overgrown with waist-high weeds, thorns and brush that obscure the architecture of previous excavations. (See the picture, right—Brent Nagtegaal during filming for our “Let the Stones Speak” podcast in the Solomonic quarter of the tel.) Now, the landscape is utterly different.

On July 4th, an attempt at clearing land for nearby agriculture through controlled burning became, well, uncontrolled. Fire ravaged right across the archaeological site, leaving it entirely blackened and looking like a war-zone. Fortunately, no one was hurt (the somewhat remote tel unfortunately receives few visitors). Dozens of firefighters, including several firefighting planes and helicopters, put out the fire after a six-hour battle.

A fire that started apparently from a farmer’s pruning fire in the agricultural areas of Moshav Beit Uziel burned hundreds of dunams in Israel’s ancient Tel Gezer National Park.

But from an archaeological perspective, the fire damage may not be greatly problematic; if anything, it’s quite the opposite.

In the words of Israel Antiquities Authority (iaa) director Eli Eskosido: “Tel Gezer did burn, and the sight is definitely disturbing. But it is important to stress that in general fire does not irreversibly damage archaeological remains made of stone.” Besides clearing the uncontrolled undergrowth, the fire may end up revealing new discoveries. iaa officials are examining the site to assess any archaeological damage, and to establish a budget for removing soot and charring.

It is a shocking site, though—and it gives us the slightest hint of a picture of what Gezer may have looked like following the biblical Pharaoh’s conquest and destruction by fire.