A shipwreck discovery off Israel’s coast reveals an ancient connection with Cyprus and Sardinia.
By Christopher Eames • February 20, 2022 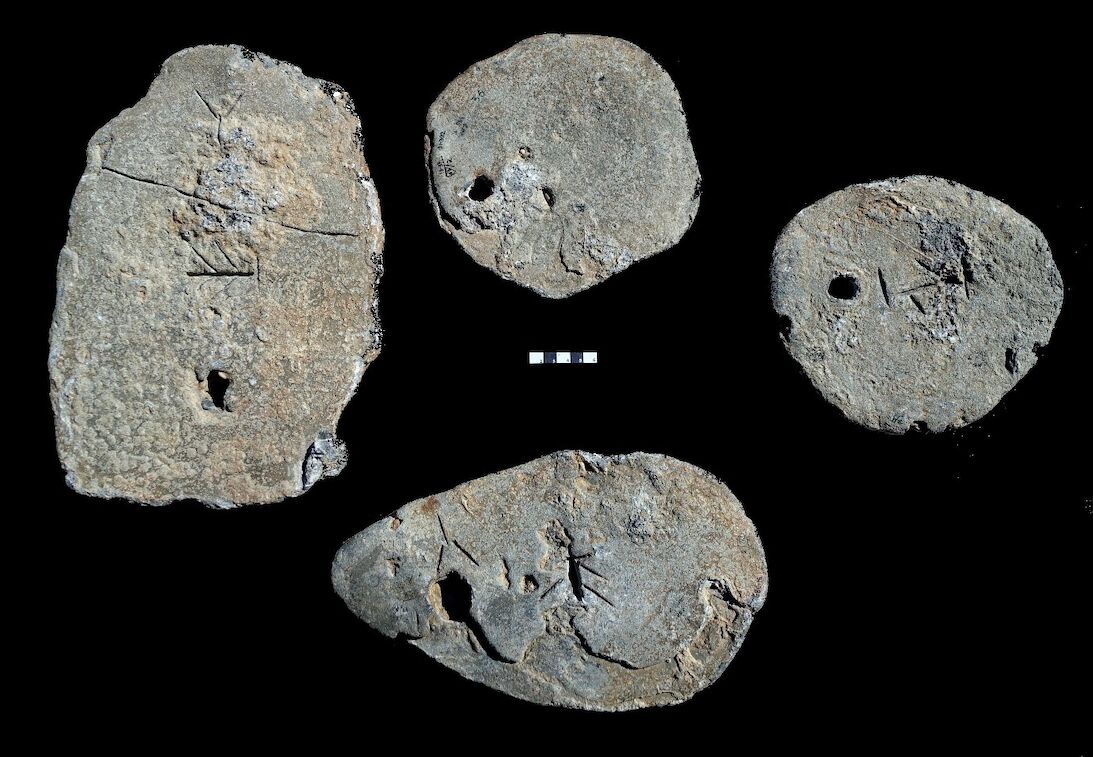 Scientists at the Hebrew University of Jerusalem have revealed evidence that 3,200 years ago, Israel’s coast was a place of “significant trading links in the Mediterranean basin.” This was established with the latest discovery of shipwrecked cargo, including lead ingots, uncovered near Israel’s port of Caesarea.

Isotope analysis of the lead by Prof. Naama Yahalom-Mack, Prof. Yigal Erel and their team revealed that the ingots were mined in the central Mediterranean island of Sardinia. The lead pieces are stamped with Cypriot Minoan markings (an enigmatic script that to this day remains undeciphered) of the type used during this Late Bronze Age period. According to the press release, the researchers “concluded that there were vast commercial ties between the two populations with the purpose of transporting raw material.”

Cyprus is located some 2,500 kilometers (1,550 miles) away from Sardinia—with Israel even further away, attesting to the lengths taken to retrieve and trade with this metal. Professor Yahalom-Mack commented on the findings: “We think that along with lead, they also imported tin—a sought-after metal in Cyprus and the surrounding area for making bronze. These three metals—copper, lead and tin—were sold to port cities along the coastlines, including the shores of today’s Israel” (Journal of Archaeological Science: Reports).

The new finding goes together with another rather sensational maritime trade discovery made in 2019. Tin ingots, from a similarly dated 13th-century b.c.e. shipwreck off Israel’s Haifa bay, were revealed to have been mined in Cornwall, England. (These ancient mines were operating as far back as 4,000 years ago, and Britain was so renowned for its tin that the fifth-century b.c.e. Greek historian Herodotus referred to the British Isles as the “tin islands.”)

And there is an interesting biblical link to the early, pre-monarchical tin-and-lead trade occurring at this time.

Judges 5:17 contains criticism against the coastal Israelite tribes of Dan and Asher for refusing to join in a battle against the Canaanites—choosing instead to man their ports and ships. “[W]hy did Dan remain [sojourn] in ships? Asher continued on the sea shore, and abode in his breaches” (King James Version). The word for “ships” here refers to long-distance vessels, and “breaches” can be translated “harbors.” Furthermore, Deuteronomy 33 reveals that the tribe of Asher dealt in metalwork: “Blessed be Asher …. Iron and brass shall be thy bars …” (verses 24-25). “Brass” is usually translated as bronze—a metal produced from copper and tin.

The new discovery, then, fits nicely with the scriptural account for this period and reveals early Israel’s interconnectedness with the wider Mediterranean and beyond. (To read more, see our article “Did Israel Source Tin From Britain?”)