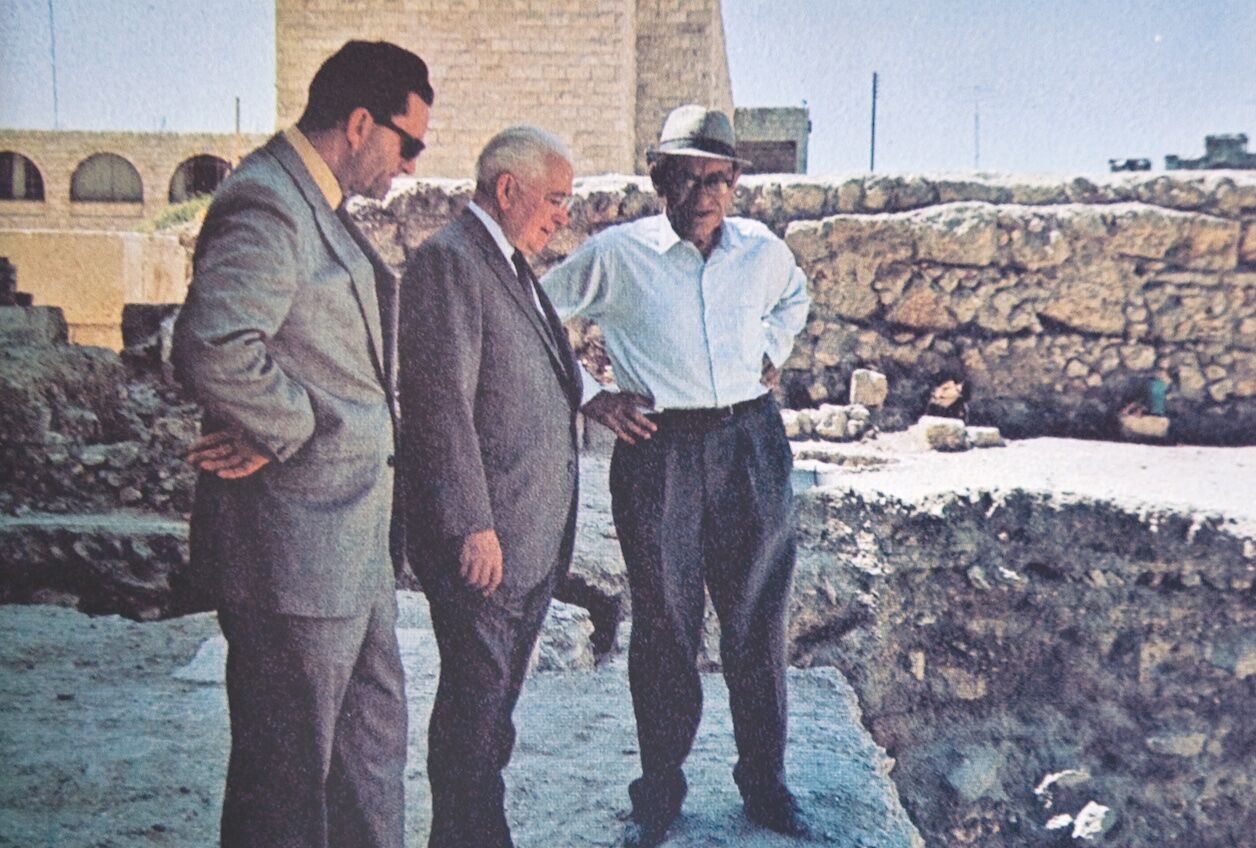 Immediately after the Jewish state captured the Old City of Jerusalem in 1967, Hebrew University archaeologist Benjamin Mazar launched the most significant excavation ever undertaken in Israel. Three large universities in the United States immediately offered to support Professor Mazar’s work and asked to participate. But he opted instead for an exclusive partnership with a small liberal arts college in Pasadena, California, headed by a man named Herbert W. Armstrong.

“Ambassador College has just been given the great honor and responsibility of entering joint participation with Hebrew University of Jerusalem in the most important archaeological excavation of our time—uncovering 3,000 years of history!” Mr. Armstrong enthusiastically wrote on Dec. 10, 1968.

Mr. Armstrong believed the project would actually prepare the way for the Messiah’s coming to Earth. God will yet choose Jerusalem, the Bible says, making it the capital city of the wonderful World Tomorrow. And besides the great spiritual work that needs to be done before the Messiah’s arrival, Mr. Armstrong believed there is also much physical work to be done in Jerusalem in order to prepare the very spot from which he will rule.

Ambassador College started funding Benjamin Mazar’s work in late 1968. The next year, the college sent 60 students to Jerusalem to work at the excavation. For 10 years after that, about 50 or 60 Ambassador students traveled to Jerusalem each summer for what Mr. Armstrong called “the big dig.”

Throughout that decade, Herbert Armstrong and Benjamin Mazar developed a close personal friendship. It was like a family relationship—and it led Mr. Armstrong to many other friendships in Israel, including numerous prime ministers, presidents and other high-ranking government officials.

Ten years after the partnership began, Mr. Armstrong wrote to his supporters: “[On] December 1, the Israeli government is planning a celebration in my honor—on the 10th anniversary of the beginning of our participation in the great archaeological excavation, starting southward from the Temple Mount. This date will mark the beginning of the second decade of this major project—now starting further south, in the area of the ancient City of David, to uncover 2,500 years of accumulated debris (some 50 feet high) over the ancient palace and throne of King David” (May 21, 1978).

Excavations in the City of David continued during the 1980s, but David’s palace remained hidden. Many archaeologists believed it must have been located somewhere inside the cramped city walls of the ancient capital.

Although Benjamin Mazar died in 1995, God revived his legacy through the devoted work of a faithful disciple: his granddaughter Eilat. Before her grandfather died, Eilat told him she believed David’s palace was built outside the northern walls of ancient Jerusalem. Benjamin Mazar encouraged his granddaughter to pursue her theory in the field, but in the years after his death, Eilat struggled to obtain the funding and support needed to excavate.

It wasn’t until 2005 that she was finally able to test her theory. When she put spade to soil, she made the sensational discovery of a “fantastic house”—one that had to be built by King David himself. She also found a sixth-century b.c.e. seal inscribed with the name Jehucal, a Judean prince mentioned in Jeremiah 37:3 and 38:1.

Soon after Dr. Mazar completed the first phase of her excavation at the palace of David, I contacted her to offer student volunteers from Armstrong College for the next phase of digging. She was overjoyed at the prospect of resuming the Armstrong-Mazar relationship. “Without the support of Mr. Armstrong and the ambassadors,” she wrote to me, “the Temple Mount Excavations would have never become, as it did, the most important and largest excavations in Israel at that time.”

We started small in late 2006, sending three students from Oklahoma to live in Jerusalem for five months, excavating by day and keeping up with online classes at night. In the 14 years since, dozens of Armstrong students, alumni and faculty have participated in seven seasons of excavating. We’ve also supported Dr. Mazar’s extensive work outside the excavation sites, helping with the research needed to process her finds and providing editorial assistance and financial support for her publications.

In the 1970s, Eilat Mazar excitedly walked through the stones of the most dramatic project in Jerusalem as student volunteers she called “the ambassadors” looked up from their work and waved—and helped make remarkable archaeological discoveries. Now it’s 2021; a lot has happened. But not that much has changed.