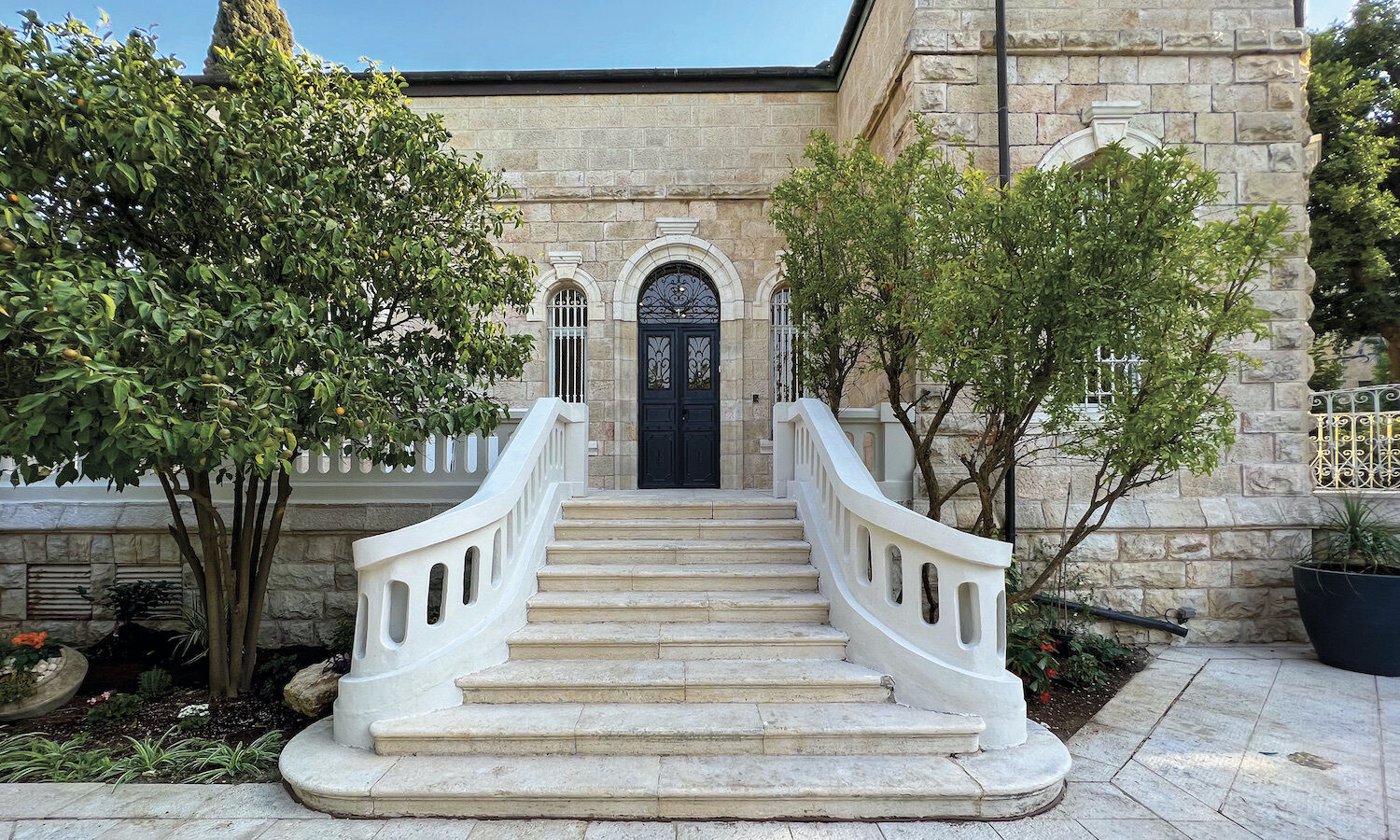 Situated in the beautiful Jerusalem neighborhood of Talbiyeh, not far from the residences of both the prime minister and the president, the Armstrong Institute of Biblical Archaeology continues the archaeological legacy of Dr. Eilat Mazar and her grandfather Prof. Benjamin Mazar.

When Dr. Mazar died in May 2021, she left behind a superb library of about 4,000 books and research materials. Eilat inherited many of the books and other belongings, including furniture, from her grandfather. Professor Mazar was one of the first to practice archaeology in Israel. He was an esteemed biblical historian who was often called the “dean” of biblical archaeology. He was also president of Hebrew University and a man who, thanks to his pioneering role in many of Israel’s institutions, could be considered one of Israel’s founding fathers.

When a scholar dies, it is common for his or her research library to be consolidated and sold at auction. Many institutions and wealthy collectors are prepared to pay good money to own the personal library of an honored scholar.

In addition to the libraries of Prof. Benjamin and Dr. Eilat Mazar, we acquired another 4,000 archaeology- and history-related books and research materials from Hebrew University in Jerusalem. We are grateful to Hebrew University for these books and for their encouragement and support generally.

Today the Armstrong Institute of Biblical Archaeology has a research library of about 8,000 volumes. Roughly half of the books are in English; the rest are mostly Hebrew, with a selection in other languages. The library and institute are now open to the public and we welcome visitors. To arrange a visit, please e-mail letters@ArmstrongInstitute.org.

Along with the books, we also acquired much of the living room furniture of Benjamin and Eilat Mazar. If this furniture could talk, it would tell some incredible stories. For decades during the mid-20th century, when Israel was still a fledgling nation, Professor Mazar’s home was a gathering place for many of Israel’s “greats,” including many of its top politicians, generals and scholars. Huddled in Professor Mazar’s living room (served coffee by young Eilat and her sister), these great figures discussed the issues of the day and mapped out the future of the burgeoning nation.

aiba is a nonprofit, academic and educational institute named after our predecessor Herbert W. Armstrong, a popular 20th-century humanitarian, educator and unofficial ambassador for world peace. Mr. Armstrong was close friends with Professor Mazar and an avid supporter of his archaeology. These men first met in 1968, just as Professor Mazar and Hebrew University were preparing to begin archaeological excavations on the Temple Mount in Jerusalem. Their meeting quickly resulted in a formalized “iron bridge” archaeology partnership between the Hebrew University of Jerusalem and Ambassador College (the college founded by Mr. Armstrong).

Between 1968 and his death in January 1986, Mr. Armstrong and Ambassador College supported numerous archaeological digs across Israel, as well as other humanitarian projects. Mr. Armstrong traveled the globe visiting with world leaders and dignitaries, but always had a special affection for Israel. (He flew to Israel more frequently than anywhere else; during one four-year period, he returned about 50 times.) As a devoted student and teacher of the Bible, he was keenly interested in the past, present and future of Jerusalem.

When Mr. Armstrong died in 1986, his work and legacy were continued by Gerald Flurry, founder of the Armstrong Institute of Biblical Archaeology. Like his predecessor, Mr. Flurry is a passionate and longtime student of the Bible and biblical history. He has authored more than 50 books on biblical figures and biblical history, and is the chancellor of Herbert W. Armstrong College.

More than 50 years have passed since Herbert Armstrong and Professor Mazar first began practicing biblical archaeology together. Today our goal is the same as it was in 1968: to promote and share Israel’s biblical archaeology and history! Operating from our new building in Jerusalem, aiba hosts the library of Dr. Mazar, publishes Let the Stones Speak, and hosts ArmstrongInstitute.org, an engaging website that features articles, videos, visuals and podcasts showcasing Israel’s biblical archaeology. We also sponsor public seminars, create archaeological exhibits, and conduct private tours of ancient Jerusalem, primarily the Ophel and the City of David.

aiba also continues to work with Dr. Eilat Mazar’s staff and her sister, Avital, in continuing to publish the several remaining academic volumes that Dr. Mazar was unable to finish during her lifetime (see page 26 for more detail about these works).

In addition to the ongoing projects and work, one of our longer-term goals is to see the dig sites of Dr. Mazar and her grandfather on the Ophel continue to be developed, renewed and revitalized for tourists.

Finally, we don’t just talk and write about Israel’s archaeology; we practice it too. Following our first excavations on the “Big Dig” Temple Mount excavations in the 1960s and ’70s (and then later excavations with Prof. Yigal Shiloh), our institute has for more than 15 years continued joint participation with Dr. Eilat Mazar in her several City of David and Ophel excavations. Most recently, since the death of Dr. Mazar, we continued where she left off on the Ophel in the summer of 2022, resuming excavations under the direction of the Hebrew University’s head of the archaeology department, Prof. Uzi Leibner.

aiba could not function without the friendship and support of numerous individuals and organizations, both in Israel and beyond. These include Hebrew University, with whom the “iron bridge” partnership continues, the Israel Antiquities Authority, the City of David Foundation, and the Israel Exploration Society, to name a few. We are also deeply grateful to the Mazar family, particularly Eilat’s sister Avital, Eilat’s children, and her cousin, esteemed archaeologist Prof. Amihai Mazar, for their warmth and hospitality in inviting us, in many ways, to be part of their family. We look forward to what the future brings.

The Mazar name is one of the most important in biblical archaeology, and the Armstrong Institute of Biblical Archaeology is honored to play a role in continuing that legacy.